Comedian slammed with fine for 'vulgar' ad that 'disrespects women'

Popular stand-up comedian and scriptwriter Li Dan has been fined nearly 880,000 yuan (US$135,863) for posting an illegal ad for women's underwear on his Weibo account earlier this year.

The fine was announced on Tuesday by Beijing's Haidian District market watchdog. Li's case was listed as typical illegal advertising in its official WeChat account. 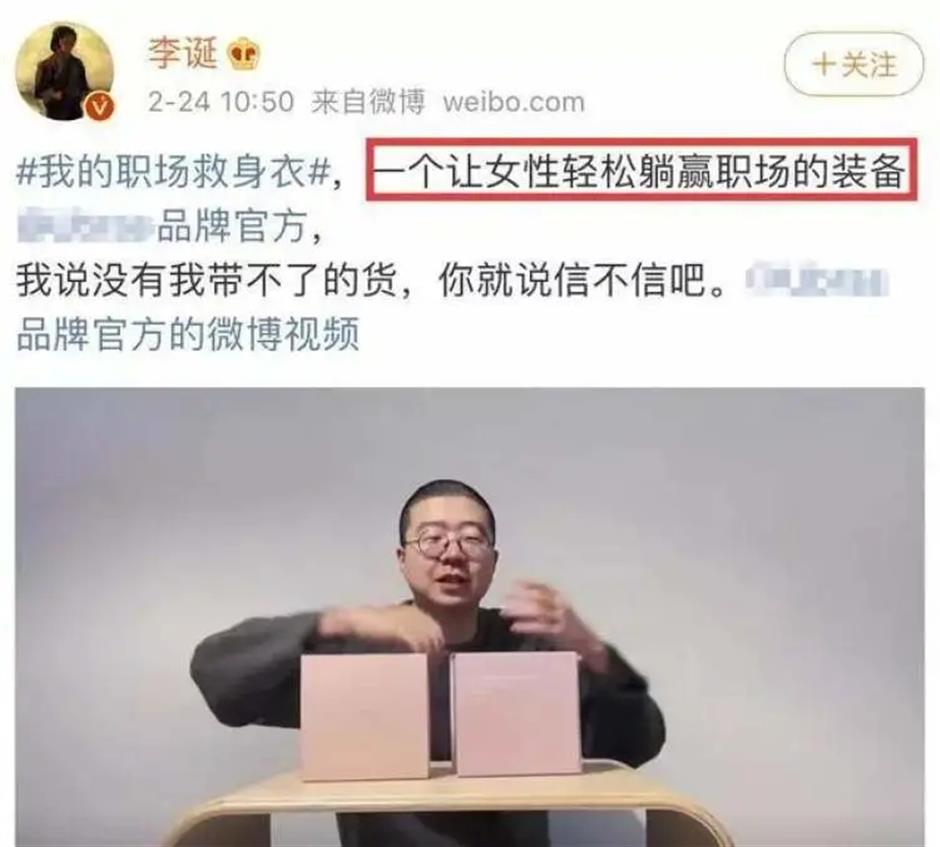 Li Dan's post stated that underwear could help women "lie to win in the workplace."

Li posted the ad on February 24 with the hashtag "workplace life jacket," saying that underwear is "equipment that enables women to easily lie down to win in the workplace."

The post triggered online outrage, with many comments saying it was vulgar and discrimination against women.

Li also wrote in his post "there's nothing I can't sell" and included a promotion video.

The product brand apologized later that night, saying it was sorry for the discomfort caused due to improper content in the promotion. It said all relevant content had been removed.

Li apologized on his Weibo account the next day, admitting that the promotion was improper.

Li deleted his original ad post and apologized on his Weibo on February 25, saying he should pay more attention to how women feel and that he appreciated netizens' criticism.

The Beijing market watchdog said that women pursue career paths using their own capacity and endeavor.

As the watchdog's statement said, the ad "in vulgar words" is "discrimination against hardworking women and disrespect for women" when linking up "underwear" with "workplace."

Li's behavior also violated advertising law when an advertising spokesperson endorses products he or she never uses themselves, the watchdog said.

Li's exclusive agent – Shanghai-based Xiaoguo Culture Media Co Ltd – was also fined 233,003 yuan earlier this month for failing to perform the duty of examination, according to the market watchdog of Shanghai's Fengxian District.