Livestreaming solo traveler run over and killed by her own vehicle

A woman, while livestreaming her solo journey to Tibet, was run over by her own vehicle and died, local police confirmed, as reported by Zhengguan News.

The 22-year-old woman died on National Highway 109 on August 21 when her refitted trailer went out of control, police reported.

The accident happened at 7:44am when she said in the live Douyin broadcast that she was going to push the vehicle onto a road.

When police arrived at the scene around 9:30am, she was found crushed to death under the vehicle which was stuck on a slope by the road, a report by The Paper said.

The funeral parlor said her body had been cremated and her remains taken away by family. 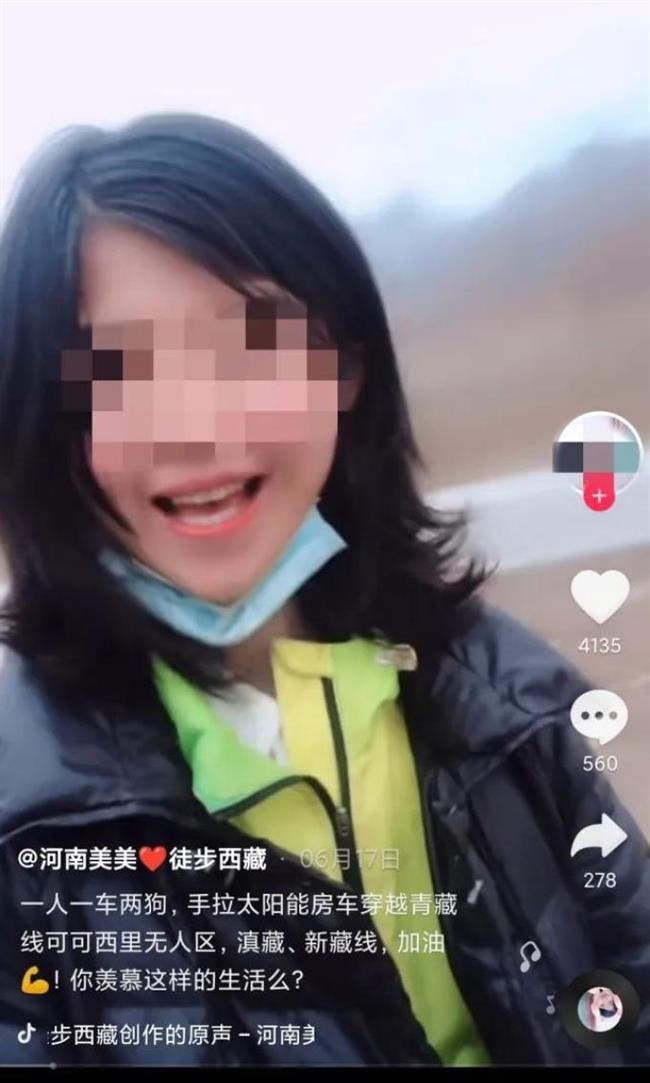 Mei Mei shared details of her journey in videos.

The woman, identified as Mei Mei on Douyin, wrote in her profile that she was from a remote village in Xuchang County of central China's Henan Province.

She had shared her journey in dozens of videos on the Douyin platform since she started her solo adventure in a self-described "hand-pulled solar trailer" in May. 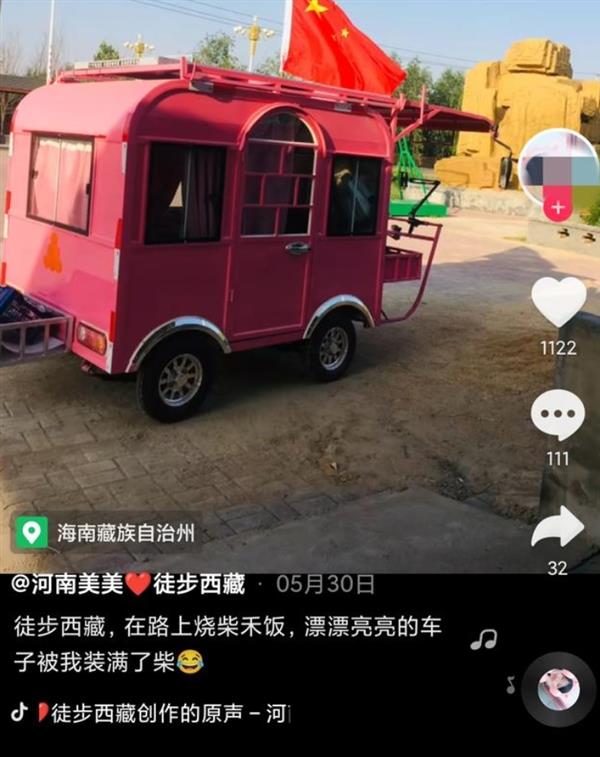 Mei Mei went on her adventure in a "hand-pulled solar trailer."

Traffic police from Golmud city in Qinghai Province said most hikers' trailers are modified from non-motor vehicles and are not allowed on the national highway.

The police have called for solo travelers to be wary of their safety in Tibet.