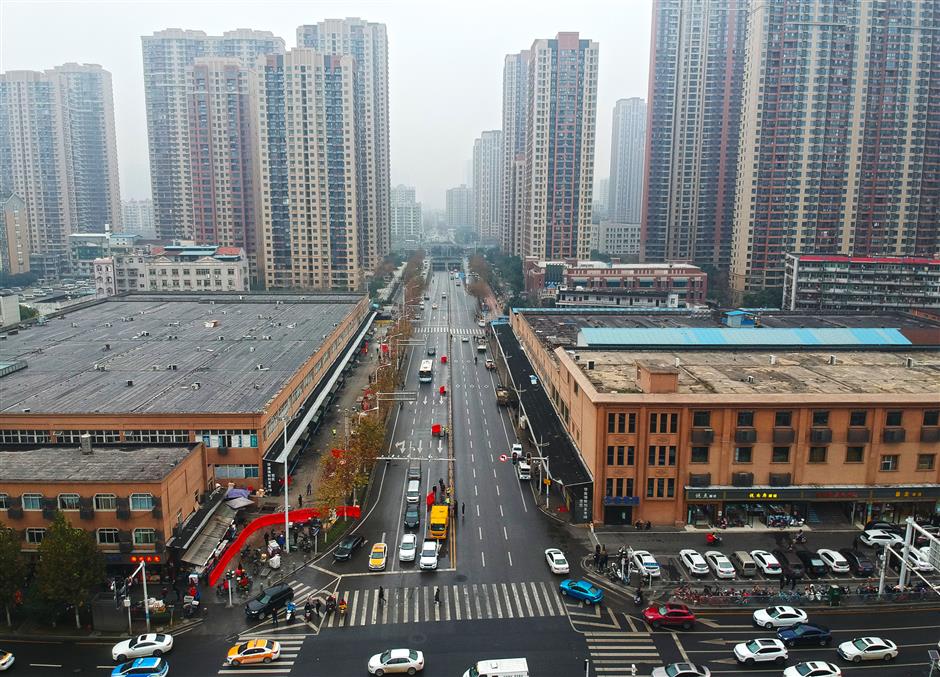 A view of the Huanan Seafood Wholesale Market in Wuhan in central China's Hubei Province on February 10, 2021.

The novel coronavirus outbreak which hit the Huanan Seafood Wholesale Market in Wuhan in early 2020 may have been caused by virus brought in by cold-chain imports, China News Service reported today.

Investigations of several outbreaks in China have repeatedly confirmed that the virus can be spread across long distances through cold-chain transport, the report says, quoting Ma Huilai, director of the Chinese Field Epidemiology Training Program under the Chinese Center for Disease Control and Prevention.

Ma cited two more outbreaks; one in Beijing's Xinfadi wholesale market, and the other at a seafood company in Dalian, in northeast China's Liaoning Province, in June and July last year.

Those two outbreaks happened suddenly after a long period of time during which no locally transmitted cases had been reported, Ma said.

There are multiple incidences of the virus being spread to China through cold-chain transport from overseas, Ma told CNS.

Experts from the China CDC detected live virus from the packaging of cold-chain transported goods for the first time during the outbreak in Qingdao, a port city in east China's Shandong Province, last October; another piece of evidence that this way of transmission is viable, according to Ma.

So the outbreak in Wuhan likely stemmed from cold-chain goods imported from overseas, Ma concluded.

The WHO-China report judged a lab-leak hypothesis to be "extremely unlikely," saying the virus behind COVID-19 had most probably jumped from bats to humans via an intermediary animal, the joint investigation team said in March 2021.

The WHO-backed team also investigated the scenario that virus could have spread via frozen foods, noting many of the goods sold at the Huanan Seafood Wholesale Market were frozen and many prior virus outbreaks have been linked to foodstuffs.