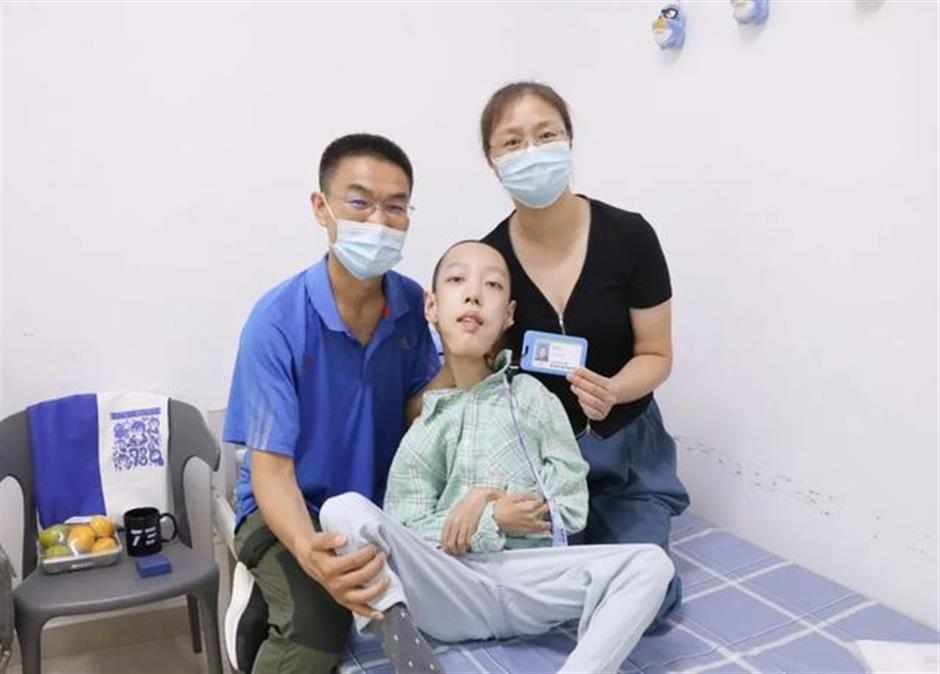 Xing Yifan and his parents

An 18-year-old boy who was diagnosed as a 6-month-old with amyotrophic lateral sclerosis (ALS) and today weighs only 18 kilograms, has fulfilled his dream by attending a top university in Beijing.

Accompanied by his parents, Xing Yifan, from Jilin Province, arrived at the Beihang University campus on September 2, reported Jiupai News.

Since being diagnosed with LAMA2-MD, a type of ALS, Xing gradually lost his muscle capability. His greatest capacity for physical movement is to sit alone.

With tenacious drive and relentless support from his parents, Xing is writing his own story. He achieved the highest score in the school on his middle school exit exam and entered Jilin City No.1 High school, one of the best high schools in Jilin.

One might wonder why he needs to study when day-to-day life is already so difficult.

While Xing's mother accompanies Xing to every single class from elementary school to high school, his father earns money to support Xing by all means.

They wake up every two hours, even at night, to help Xing turn.

Due to a severe spinal deformity, Xing can only remain sitting for 30 minutes in class and must lie down for the remaining 15 minutes.

The disease has worsened gradually as Xing has aged. His mother once tried to convince him to transfer into a less competitive class.

Xing refused the suggestion, saying, "I could think of no reason to back down, and I want to see how far I can get."

As he was preparing for his university entrance examination, Xing accidentally broke his arm and had to stay in the hospital for treatment for three months.

After finding out that Xing's test scores had qualified him to attend Beihang University, his parents actively contacted the school about his special situation. The university gave a positive response.

Beihang University has given "Green Passage" to Xing, offering a first-floor dormitory with two beds and an independent bathroom. Here his mother can take good care of him.

The school has also prepared supplies, coordinated dormitory access control, and simplified access to electricity in order to help Xing come and go with convenience.