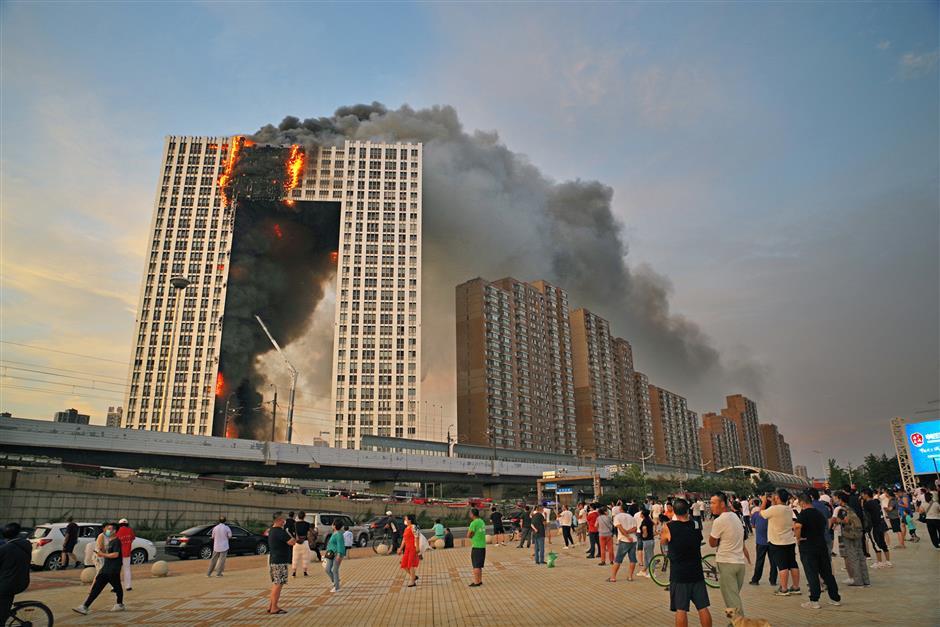 People look on as the Dalian Kaixuan International Mansion goes up in flames.

A high-rise building fire in Dalian, a city in northeast China's Liaoning Province, last month was caused by loose contact between a charger and an electrical outlet, reported China Central Television.

After a comprehensive analysis, the fire on August 27 in the Dalian Kaixuan International Mansion started in room 1910 on the 19th floor of building B.

Loose contact between an electric car charger's power cord plug and an electrical outlet caused the fire, which then quickly spread, engulfing the room and growing larger.

In response to fire management regulation violations and failure to rectify these violations after being served notice, the building property management company's legal representative, surnamed Song, and its manager, surnamed Yuan, have been detained.

The owner of apartment 1910 has been put under coercive measure of residential surveillance on suspicion of negligently causing a fire.