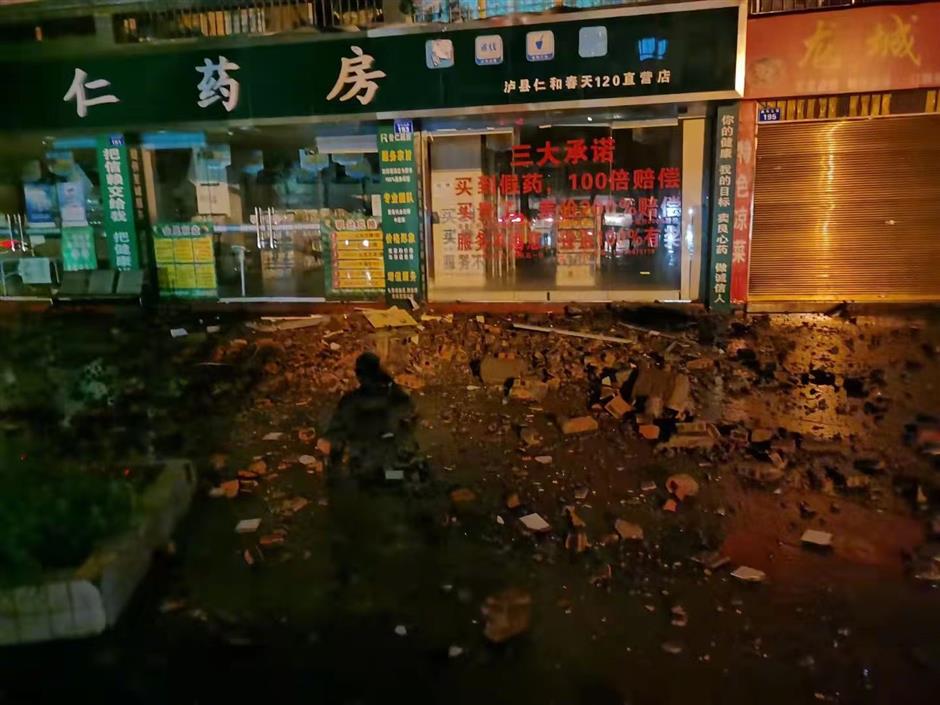 A street in Luxian County in Sichuan Province is scattered with debris after the earthquake on September 16, 2021.

As of 5am on Thursday, two people were confirmed dead and three others injured after a 6.0-magnitude earthquake jolted Luxian County of Luzhou City, southwest China's Sichuan Province.

The earthquake, occurred at 4:33am, has also caused the collapse of some houses.

According to the China Earthquake Networks Center, the epicenter was monitored at 29.2 degrees north latitude and 105.34 degrees east longitude. The quake struck at a depth of 10 km.

Approved by the provincial government, the earthquake relief headquarters of Sichuan has activated a level-II response, the second highest in China's four-tier earthquake emergency response system.

After the quake, the Luzhou City has launched a level-I emergency response and sent personnel for disaster investigation and rescue.

Further rescue is under way. 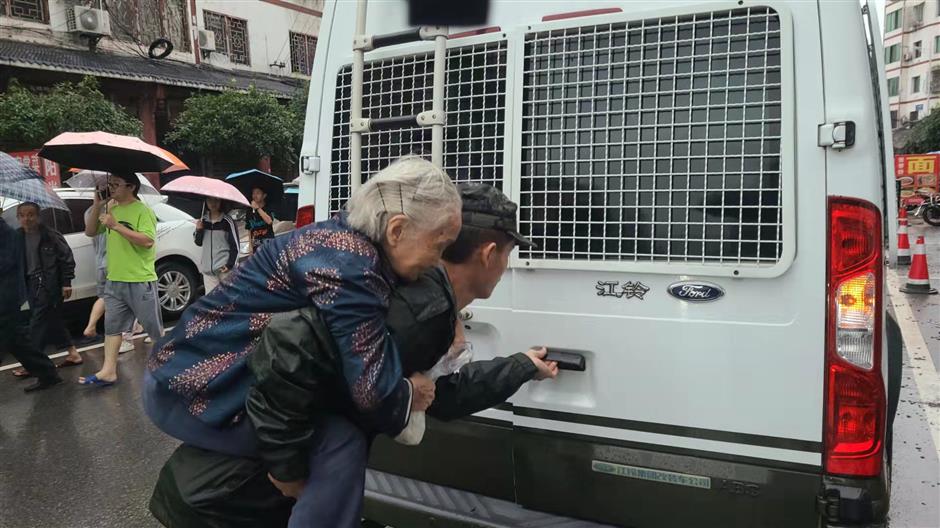 A rescuer carries an old woman in Luxian County, Sichuan Province, on September 16, 2021. 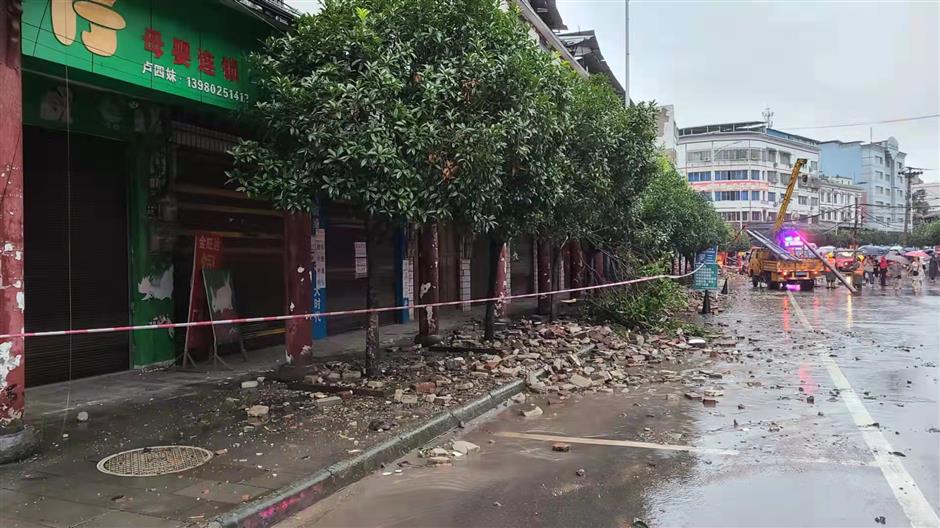 A street is littered with fallen bricks in Luxian County, Sichuan Province, on September 16, 2021.