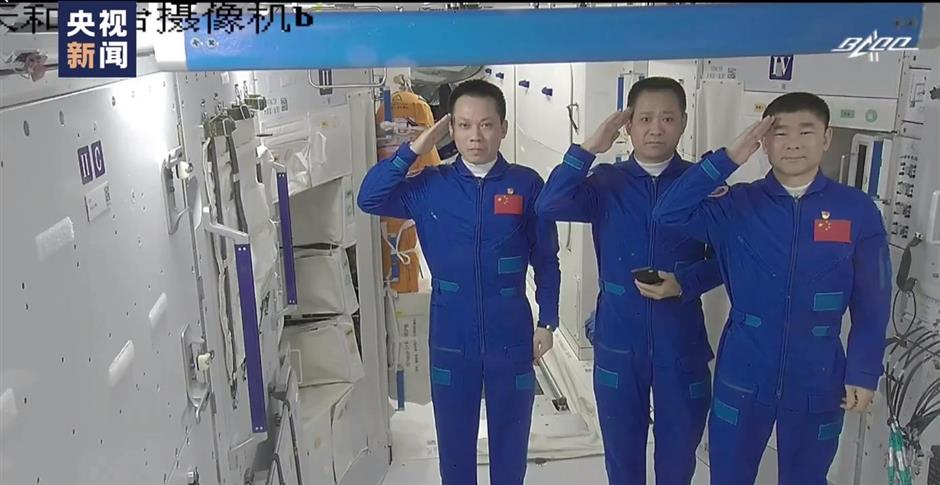 Chinese astronauts (from left) Tang Hongbo, Nie Haisheng and Liu Boming salute after completing various works prior to the separation.

The spacecraft Shenzhou-12, which is carrying Chinese astronauts Nie Haisheng, Liu Boming and Tang Hongbo, separated from the space station core module Tianhe at 8:56am on Thursday (Beijing Time).

The three astronauts have lived and worked in Tianhe for 90 days, the longest stay in space by Chinese astronauts, according to the China Manned Space Agency.

Prior to the separation, the astronauts had completed various works, such as setting the status of the combination of the core module and the Tianzhou-2 cargo craft, sorting and downloading experiment data, and clearing and transferring supplies kept in orbit, with support from sci-tech staff on the ground, the CMSA said.

The three Chinese astronauts were sent into space onboard the Shenzhou-12 spaceship and entered Tianhe on June 17. The crew carried out extravehicular activities twice over the past 90 days.