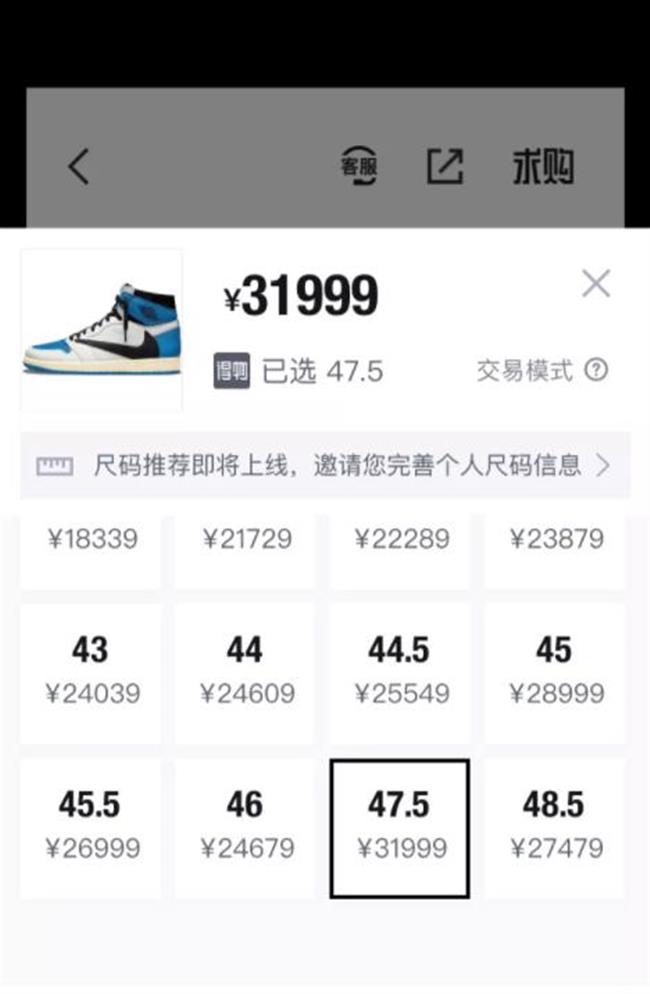 A limited version of Air Jordan sneakers, a collaboration between Nike, Houston-based rapper Travis Scott and Japanese imprint The Fragment Design, is priced at up to 31,999 yuan on Dewu app, an online second-hand marketplace.

Dewu, a Chinese second-hand online shopping platform, pulled a limited version of Air Jordan sneakers priced at 69,999 yuan (US$10,816) off shelves on September 21 due to "huge price volatility," it said.

As part of a collaboration between Nike, Houston-based rapper Travis Scott and Japanese imprint The Fragment Design, this version of the Air Jordan sneaker was released on July 29 in North America for US$150.

The price of this model now costs from 1,599 yuan, its official pricing on Chinese mainland, to 31,999 on Dewu.

The second-hand online marketplace said the price was set by an individual seller and that no one has placed an order.

Regarding price fluctuations, Dewu explained yesterday that due to the scarcity and uniqueness of this collaboration, the premium is high both domestically and overseas.

It said it also issued a warning to consumers, alerting them of the high prices and risks involved.

Dewu, like StockX, facilitates auctions, receives purchased items from sellers for inspection and verification, and ships authenticated products to buyers. 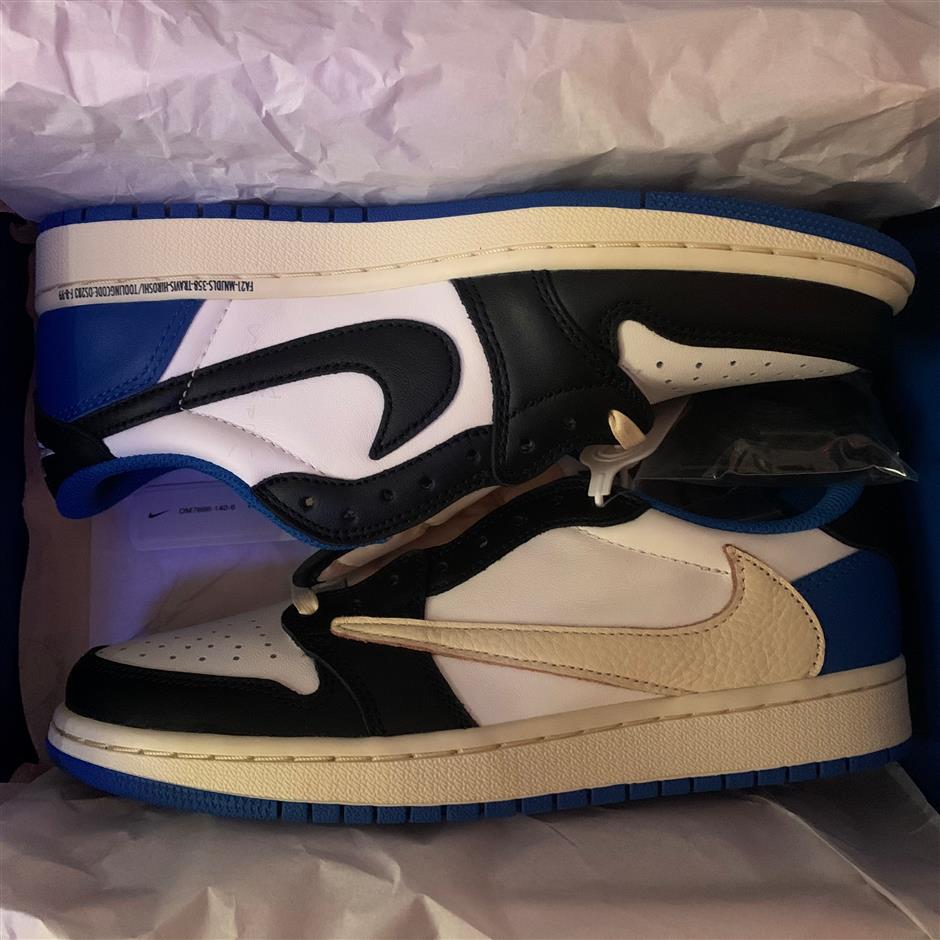 A shoe collector showcases a pair of the much sought-after Air Jordan sneakers, a collaboration between Nike, Houston-based rapper Travis Scott, and Japanese imprint The Fragment Design.

Speculation of Air Jordan sneakers is not something new.

More scalpers hoard trendy shoes at their original price and resell them when scarcity grows.

Some popular shoes with low release quantities can sell for high prices as soon as they change hands.

Early in October 2019, the Shanghai headquarters of the People's Bank of China issued a briefing, warning consumers of the possibility of financial violations behind the industry such as illegal fundraising, illegal absorption of public deposits and financial fraud.

If speculators collude with each other to raise the prices of shoes, they are suspected to be in violation of Chinese law.