Taikonauts ready for experience that's out of this world 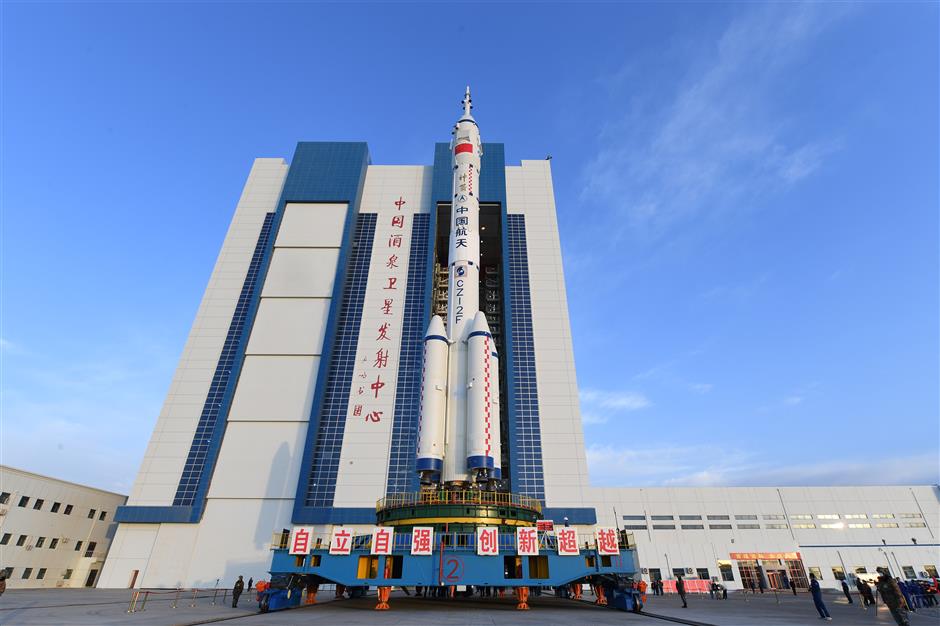 The Shenzhou-13 manned spacecraft is ready for launch.

Three taikonauts will soon go to space on a 183-day trip, the longest-ever stay by Chinese astronauts, carried aboard the Shenzhou-13 spacecraft, according to the China Manned Space Agency.

This news sparked immediate comments on Chinese social media with Netizens asking who they would be and what goods they would need, as they will spend the most important Chinese festival, the Spring Festival, in space.

"Which three astronauts will be the new crew? Will there be female astronauts?" reads one of the most asked questions on social media.

The backup astronauts for the Shenzhou-12 mission, Zhai Zhigang, Wang Yaping, and Ye Guangfu, are thought by many to be the new crew.

Since both Zhai and Wang have been in space before, the trio will be a mixture of experienced and young astronauts.

Among the 11 Chinese astronauts who have completed a space journey, Wang is one of the two female astronauts.

The Tianzhou-3 cargo spacecraft that was launched on September 20 has already delivered nearly 6 tons of cargo to the core module of the space station Tianhe, including goods for the Chinese New Year, women's clothing, hygiene products, cosmetics and among other items.

The combination of the Shenzhou-13 manned spaceship and a Long March-2F carrier rocket were transferred to the launch area on Thursday. The spaceship will blast off in the near future.

Samantha Cristoforetti, an Italian astronaut from the European Space Agency who joined Chinese astronauts in training early in 2017, demonstrated her Mandarin in an interview with China Global Television Network.

"This is the first time Chinese and European astronauts can train together in China, and we have smooth cooperation," Cristoforetti said, in fluent Mandarin.

With the International Space Station set to retire in the coming years, China's space station will become the only one in Earth's orbit.

The China National Space Administration has expressed its desire for international cooperation, and non-Chinese astronauts are being trained for future space station missions.