More than 120,000 people have been evacuated after continuous downpours triggered floods in north China's Shanxi Province, authorities said on Sunday.

The floods have disrupted the lives of 1.76 million residents from 76 counties, cities and districts, according to the provincial department of emergency management.

Some 190,000 hectares of crops were damaged and more than 17,000 houses collapsed, the department said.

The provincial meteorological bureau said more rains are yet to come in the southern part of Shanxi, with temperatures expected to drop drastically.

The provincial authorities have earmarked 50 million yuan (US$7.8 million) to support the flood control and relief work.

Zhang Jinye, from the rural area in the city of Hejin, is among the 200-plus villagers who have been evacuated to a nearby primary school. Classrooms are equipped with air conditioners, hot water, TV sets and beds. "Even the quilts were ready when we arrived," said Zhang, 60.

Located on the eastern end of the Loess Plateau, the coal-rich province is usually dry. However, the average precipitation of the province reached 119.5 millimeters from 8pm on October 2 to 8am on October 7 this year, three times the normal average rainfall for October in previous years, according to the provincial meteorological bureau. 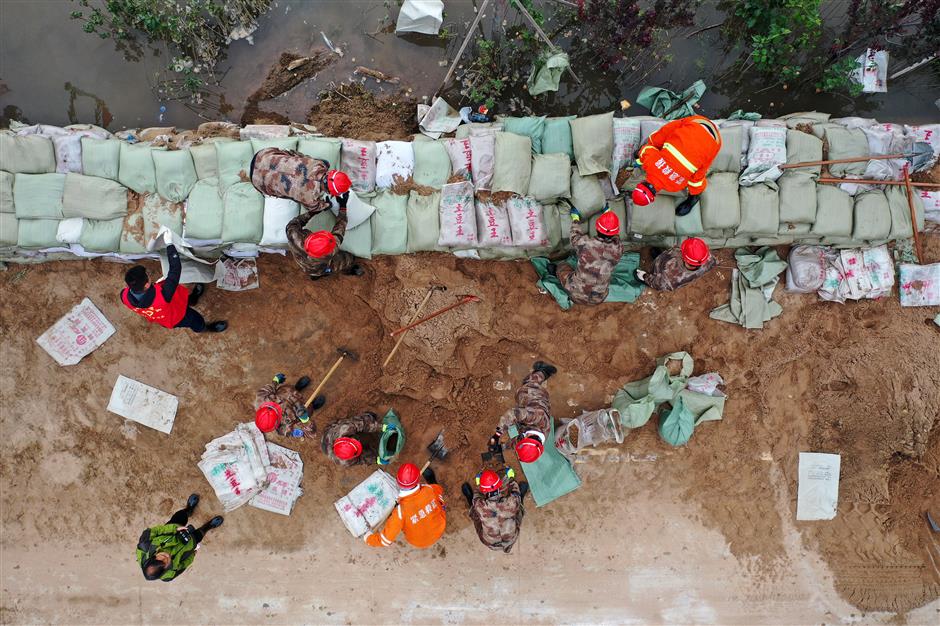 Along the lower reaches of Fenhe River, a tributary of the Yellow River, China's second-longest waterway, the maximum flow of water reached 1,100 cubic meters per second, the largest flood peak in nearly 40 years. This caused a dyke to breach on a river section in Hejin, in the city of Yuncheng, at 7am on Saturday.

The repair operation is still underway.

The peak floodwaters from the Fenhe River passed into the Yellow River on Saturday, but the water levels on the tributary are still high, according to the water affairs bureau of Yuncheng.

Heavy rains have also damaged a 25-meter wall section of the ancient town of Pingyao, a UNESCO world heritage site famous for its well-preserved ancient architecture. Continuous downpours are the biggest threat to open-air clay architecture with a history of 2,700 years.