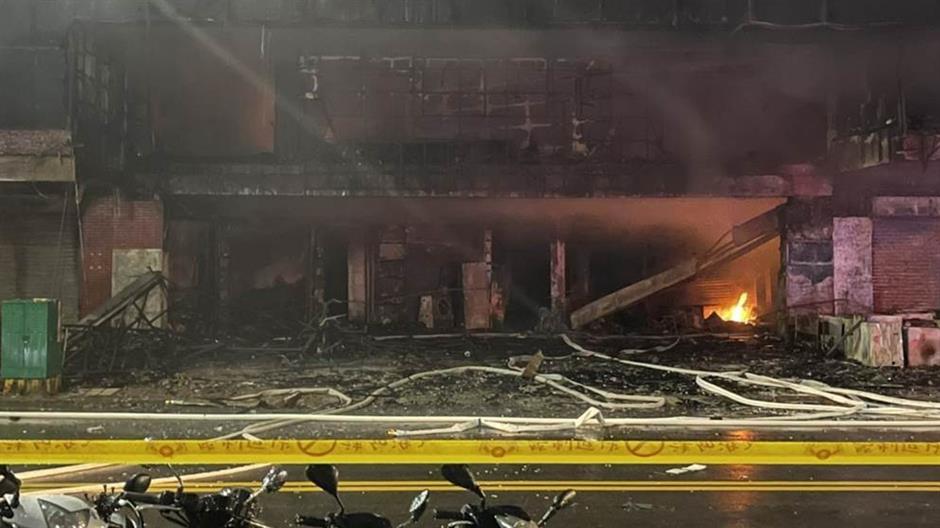 More than 40 people are dead and dozens injured after a large fire broke out at a building in Kaohsiung City, southeast China's Taiwan region, on October 14, 2021.

Forty-six people have died after a fire in a residential building in Kaohsiung City, southeast China's Taiwan region, local authorities said on Thursday.

The fire reportedly broke out around 2am on the first floor of a 13-story commercial and residential building that was built over 40 years ago, according to the local fire department.

As of 3pm, 87 people had been taken to hospitals, among them 46 are confirmed dead and 41 others are injured.

The blaze was "extremely fierce" and destroyed many floors of the building, AP reported, citing a statement from the local fire department.

Arson has not been ruled out as the cause for the fire, and four people are currently being held by the police for questioning, according to statement from Kaohsiung Mayor Chen Chi-mai.

A total of 159 firefighters were dispatched to the blaze, and the fire was extinguished at 7:17am.

Firefighters are continuing to comb the building for survivors and investigate the cause of the blaze.