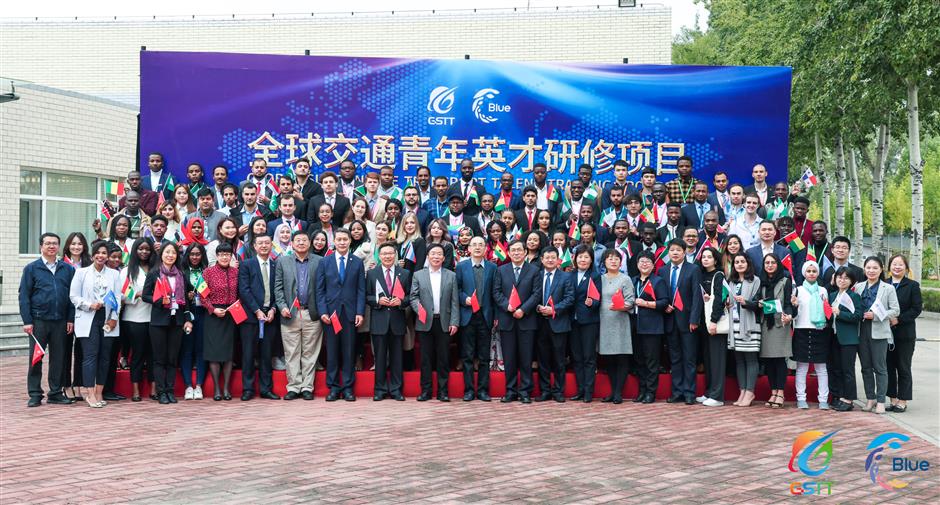 The opening ceremony of the training program is held in Beijing on Thursday.

A training program for foreign students majoring in transport studies in China opened in Beijing on Thursday in parallel with the launch of the Second Global Sustainable Transport Conference.

Eighty students from 34 countries are attending the program which is called the "Global Sustainable Transport Talent Training Program."

The two-week program will have the students visit a government-held test site of transport projects while experts will give lectures on transport development in China. They will also go on a cultural tour of Beijing. In addition, the students will visit Shenzhen City in south China's Guangdong Province for a week.

Dieng Awa Martine, a Senegalese student of Chang'an University, said she was happy to be on board for the program.

"Having studied in China for three years, I have come to appreciate the country's accomplishments in transport development," she said. "I hope to learn more about the sector in China through this program and apply what I have learned here to my African hometown in the future."