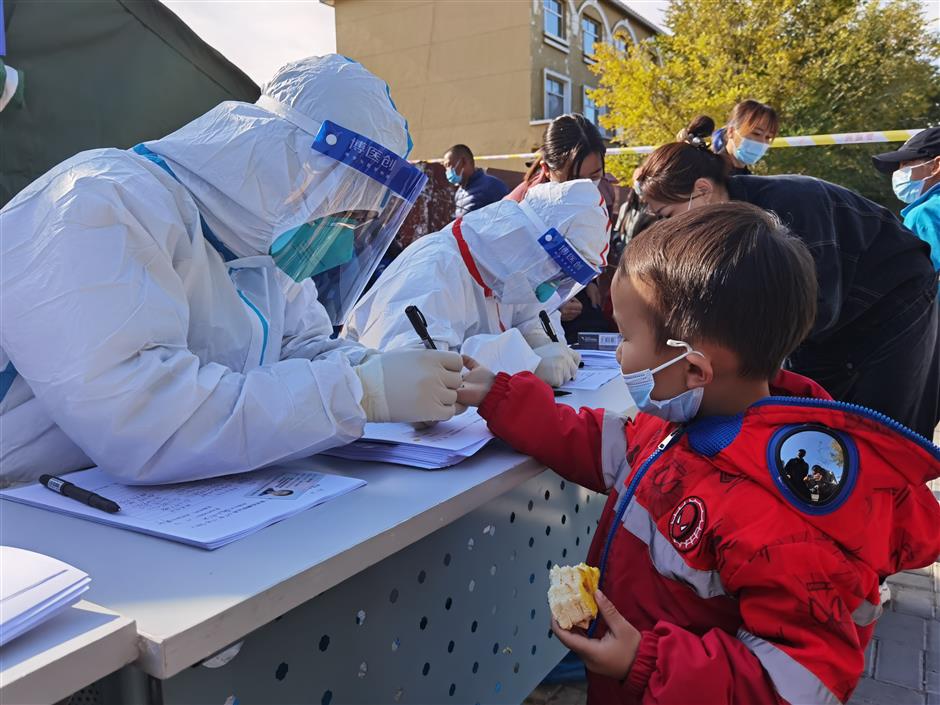 Five cases were reported in Ejina Banner (county) in Alxa League (prefecture) and two were reported in the city of Erenhot in Xilin Gol League, the regional health commission said in a statement.

Five out of six people who initially tested positive for COVID-19 in Ejina tested positive again at the Alxa League disease control and prevention center and were diagnosed as confirmed COVID-19 cases on Tuesday, the commission added.

The five people work at a restaurant in Ejina and are close contacts of two confirmed cases in Shaanxi Province.

The two cases in Erenhot, a couple, were detected after authorities screened people living in the same residential quarter as that of a close contact of two earlier cases in the city, according to the health commission.

As of 10am on Tuesday, Inner Mongolia had nine locally transmitted confirmed COVID-19 cases under medical treatment and their close contacts have all been put under quarantine for medical observation at designated sites, the commission said.