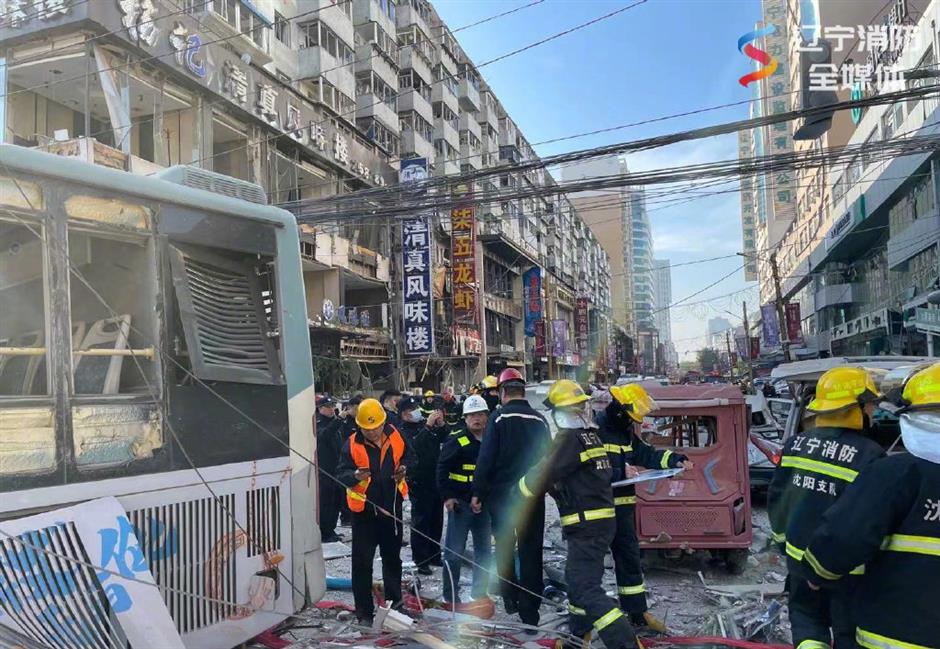 Buildings are badly damaged during the severe blast.

Four persons have been killed and 47 injured when an explosion rocked a street block on Thursday morning in Shenyang, capital of northeast China's Liaoning Province, the local government said.

The blast occurred at around 8:20am at an restaurant on Taiyuannan Street in Heping District. Nearby buildings have been severely damaged and several floors blown away.

The cause of the blast is being investigated. 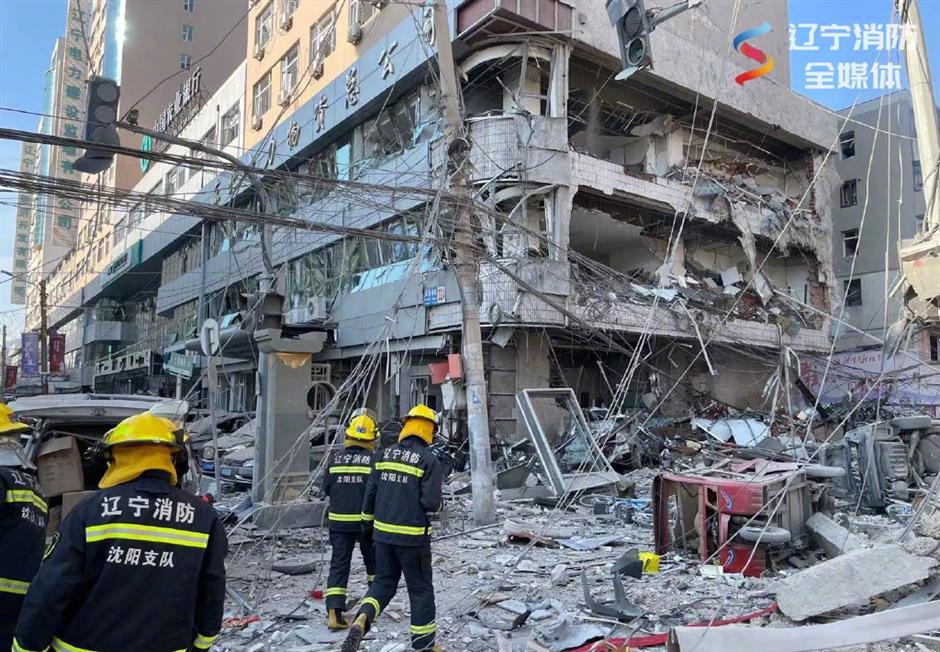 Streets around the blast site are scattered with debris.

A dashboard camera catches the moment the explosion happened.

A merchant in a nearby building thought the explosion was an earthquake, he told Southern Metropolis Daily.

Netizens reported that nearby cars on the road had been destroyed.

A pet cat is startled when the explosion happened.