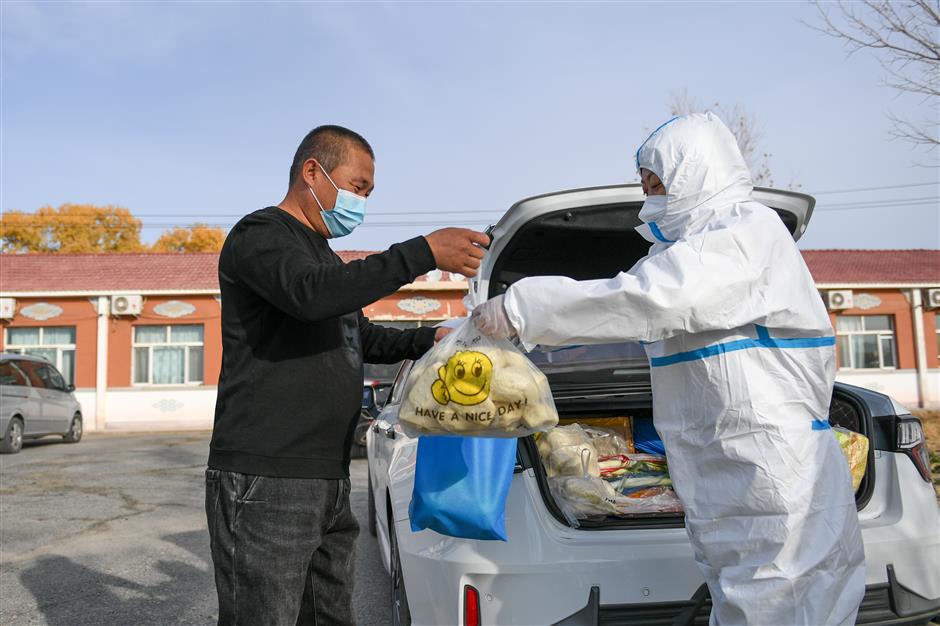 A local resident of Ejina Banner, Inner Mongolia Autonomous Region, sends steamed buns he made himself to stranded tourists on October 24, 2021.

The Party chief of Ejina Banner, a county in north China's Inner Mongolia Autonomous Region that is experiencing an outbreak of the coronavirus, has been removed from his post for not fully implementing pandemic prevention measures, a local newspaper reported today.

Chen Zhanyun has been removed and will be replaced by Dai Qin, the Party chief of Alxa League on a temporary basis, Inner Mongolia Daily reported.

As of today, Ejina Banner, whose famous golden populus euphratica forest is in its most beautiful season, has confirmed 58 COVID-19 cases in the latest wave of infections, bringing tourism in the popular scenic area in west Inner Mongolia to a screeching halt and stranding thousands of tourists, most of whom are seniors.

Around 9,700 tourists have been stranded in the border county with a population of less than 30,000, bringing great pressure to the local government to provide accommodation and food as well as curb the spread of the virus.

Among them is a tourist group of 541 seniors who took a charter train from Anhui Province. The train departed from Wuhu, Anhui, on October 13 and had planned to travel to Dunhuang, Jiayuguan, Ejina Banner and Zhangye, all popular tourist attractions in northwest China, The Beijing News reported.

The lockdown was ordered on October 18, the day the group had planned to leave. 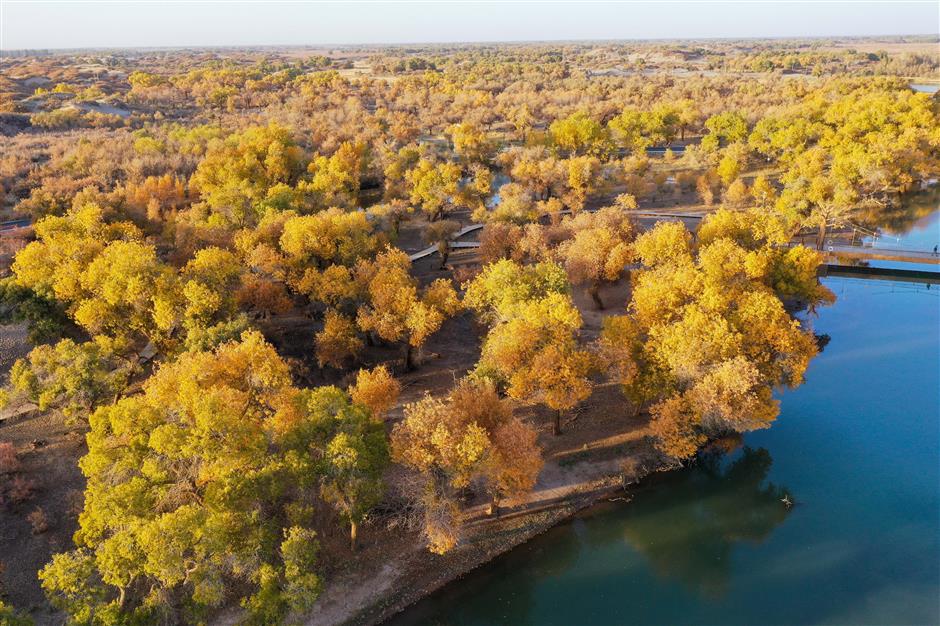 "I honestly don't know what to do," said Hu Jie, manager of Wuhu Youth International Travel agency, which organized the tourist group, as most upcoming scheduled group trips have been canceled after the outbreak of the virus in October, normally a peak travel month.

Hu was also worried about the health of the group members as the risks of infection were still high.

The entire county has gone through four rounds of nucleic acid testing.

As their stay in Ejina Banner has been prolonged, there is also a shortage of medication for hypertension and diabetes that the seniors carry with them.

To solve the problem, the local government has sent people to buy the medication for them and has contacted nearby vendors for more scarce medicines.

To soothe the stranded tourists' anxieties, the local government offered one free admission to the populus euphratica forest during the next three years to each person.

Wen Jinjue, a tourist who didn't get to see the golden forest, posed for a photo with a picture of the forest in the lobby of the hotel she was staying in. "This is the most meaningful trip I have ever taken. Ejina Banner, I will see you next year," she told the newspaper. 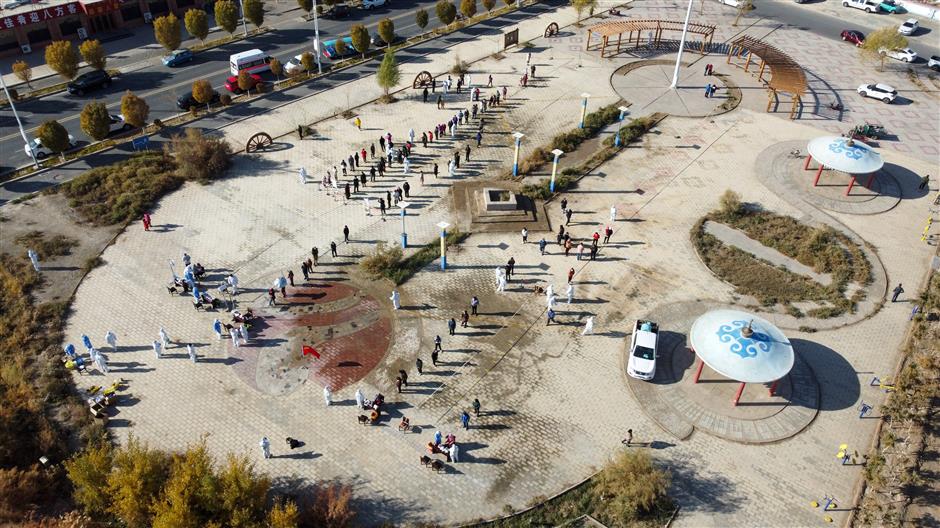 Everyone in Ejina Banner is subject to nucleic acid tests.