One has died and 5,609 were affected by the blizzard in north China's Inner Mongolia Autonomous Region as sweeping snowstorms hit the road and air traffic and disrupt normal life.

Tongliao City in Inner Mongolia has been walloped by the strongest snowstorm ever recorded, with five local meteorological stations reporting the maximum daily snowfall in decades, local authorities said on Monday.

Factories, houses, greenhouses and warehouses were damaged and 176 heads of livestock were killed in the snowstorm that has caused an economic loss of 34.47 million yuan (US$5.39 million), said Tongliao City government.

From 8pm on November 5 to 7am on Monday, 24 local weather stations had logged precipitation of more than 30mm and the maximum snowfall in the city exceeded 50cm.

In the next three days, the snowstorms are expected to gradually weaken in Tongliao, said local meteorological authorities.

To date, most of the city's primary and middle schools and kindergartens have suspended classes from Sunday, while local airport runways have been shut down until 10pm on Monday. Expressways are under temporary traffic control.

The Hohhot Baita International Airport in Inner Mongolia has launched an emergency response plan for special weather, and many inbound and outbound flights have been canceled. 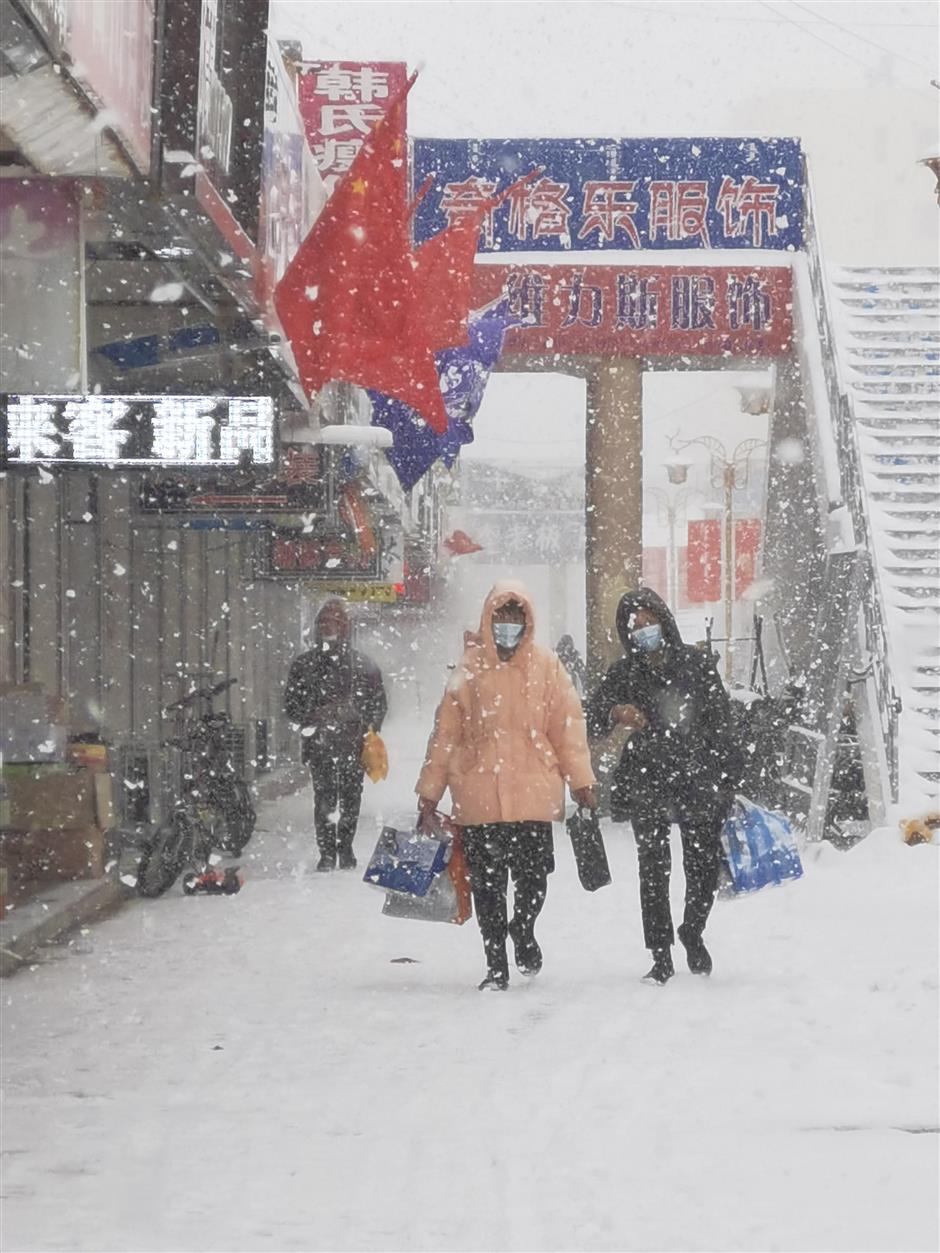 Meanwhile, many expressways in other provinces in north China, including Hebei and Shanxi, have been temporarily closed.

The sudden snowstorms also weigh heavily in China's northernmost province of Heilongjiang. The airport in Harbin, its capital city, was closed from 9am on Monday due to ice on the runway.

The airport authority said it would remain closed until Tuesday noon. Forces have been deployed to clear the runway and helped stranded passengers change schedules.

The provincial meteorological center in northeast China's Liaoning Province said the snowstorms are likely to continue until 8pm on Tuesday. The Taoxian International Airport in the provincial capital of Shenyang closed from Sunday midnight to 10am on Monday.

As of Monday, the airport has carried out de-icing operations on the runway, taxiway and apron. It gave the green light to six outbound flights while canceling all incoming flights on Monday.

All expressway toll stations in the province remain closed as of Monday.

The provincial transport department has mobilized forces to remove snow on expressways. As of 8am on Monday, 1,730 people assisted with 752 sets of machinery and equipment joined around-the-clock work.

In addition to road and airport closures, the heavy snow caused the roofs of many greenhouses for growing vegetables and raising pigs in Shenyang to collapse.