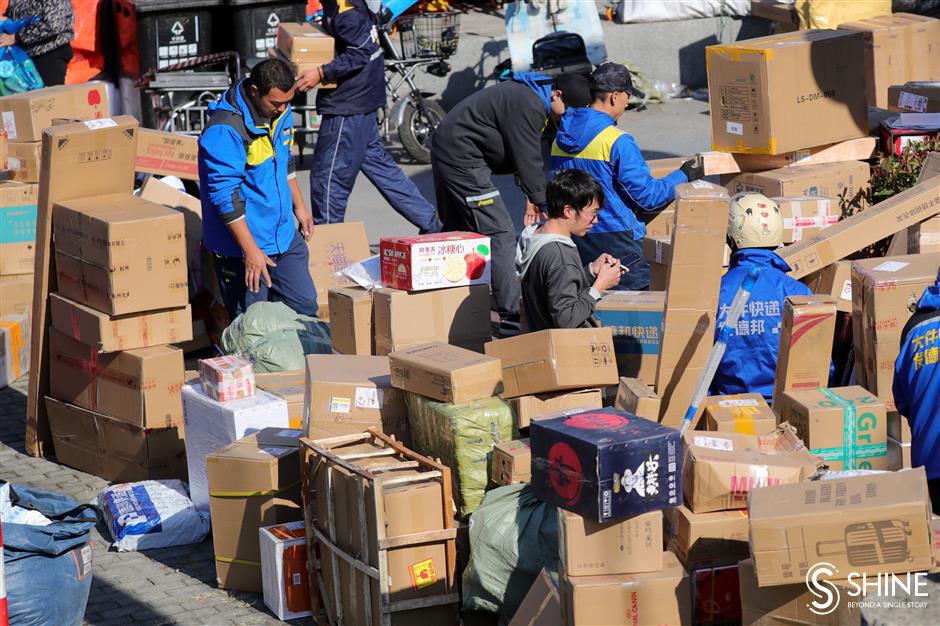 Deliverymen are busy working as parcels surge due to Double 11 shopping festival.

While online shoppers are indulging themselves in this year's Double 11 shopping festival, Chinese authorities have issued warnings about parcels being potentially contaminated with coronavirus after a string of recent positive cases.

As of yesterday, Wang Xin in Shandong's Jinan has been quarantined at home for six days because of a parcel she received from Haohui Ecommerce Co in Hebei's Jinzhou, according to Qilu Evening News.

Parcels from the children's clothing manufacturer were required to be fully disinfected and people who have touched them were asked to get tested as workers of the company were found to be positive for COVID-19. 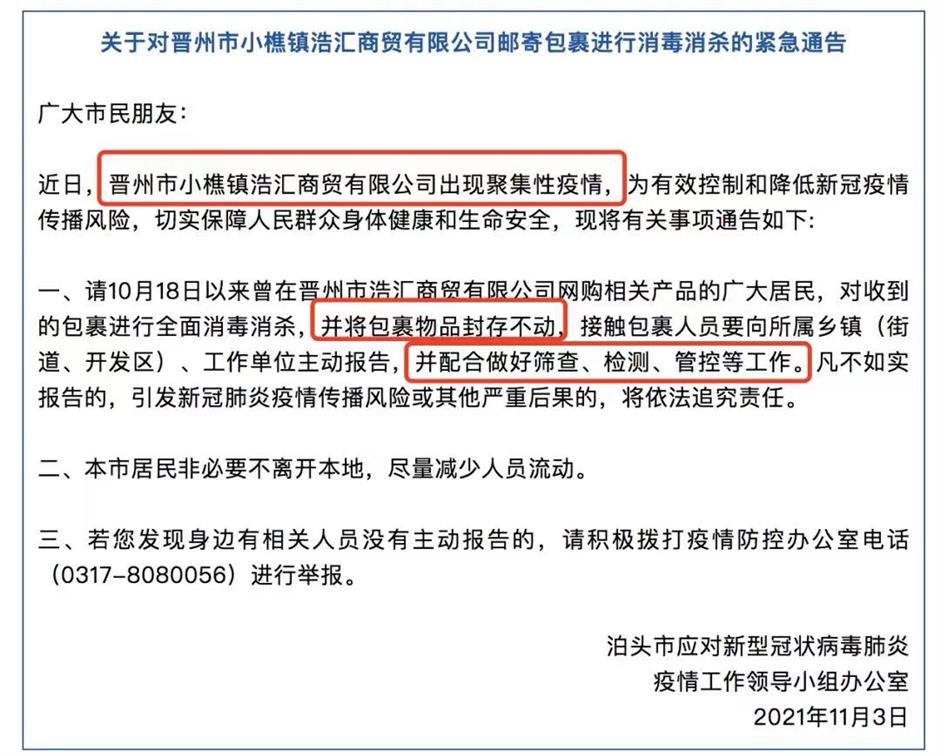 Authorities in Botou City issued a notice about the condition of Haohui Ecommerce Co case. 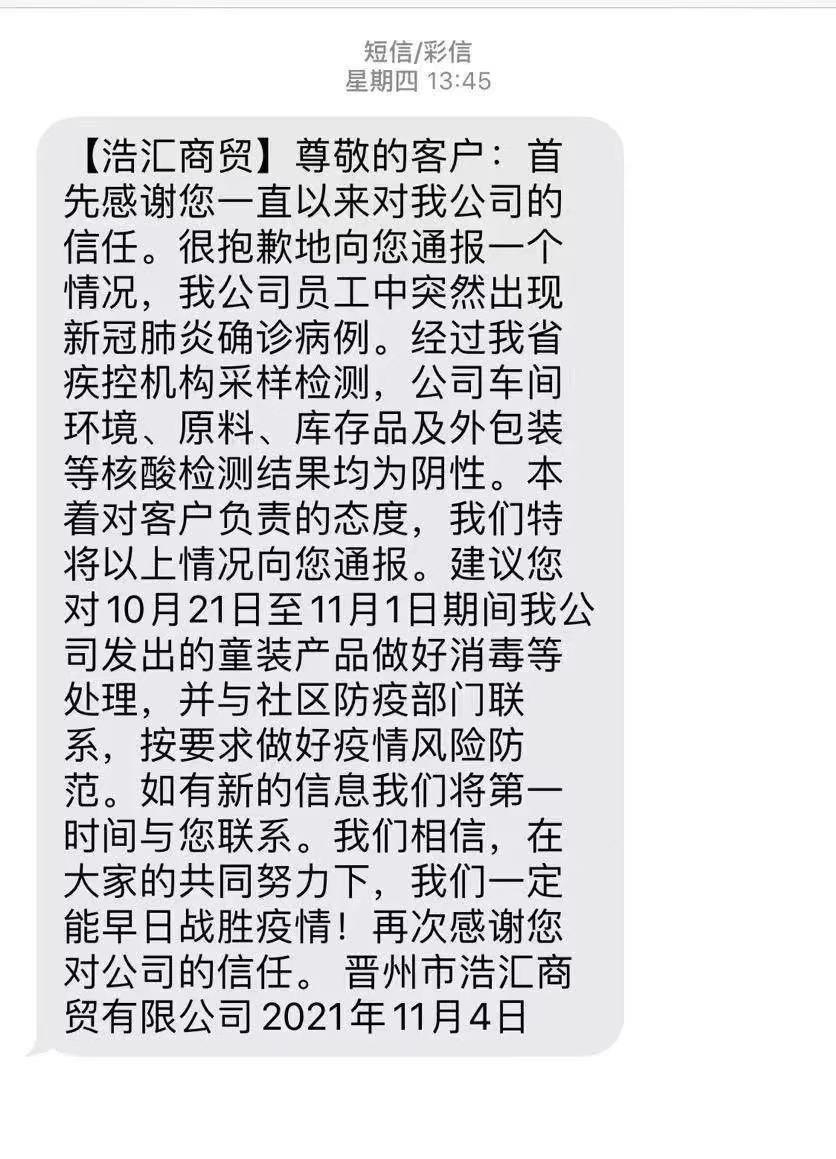 Wang and her family members took nucleic acid tests on the night of November 4 after receiving a phone call from her neighborhood committee and immediately began a seven-day home quarantine.

The family took a second round of tests after 24 hours and all the results came back negative.

Zhao Xiaosong in Jinan had a similar experience and also tested negative for the virus. Zhao said as the ordered parcels were sent to the supermarket downstairs, its staff were also quarantined at home, and the deliveryman has gone for nucleic acid testing.

Authorities from seven places in Hebei have issued notices on the disinfection of packages sent from Haohui Ecommerce Co. Also, delivery services in Xinji, Jinzhou and Shenze have been halted.

Thirty-three people have done home quarantine and 20 are under health monitoring after a delivery company in Shaanxi's Shiquan County handled 11 parcels from Haohui. Test results all came back negative for 53 people and 26 environment samples. Four express logistics sites are temporarily closed.

Officials in Inner Mongolia's Erenhot told people not to shop from high-risk countries during the epidemic after several overseas parcels tested positive for the virus. And people who have received packages from such countries should report to the local disease prevention department.

China is persisting with a zero-tolerance practice against COVID-19 cases, hunting down every potential infection in an effort to contain an outbreak of the Delta variant.

So, what to do when receiving parcels?

As the Nanjing disease control experts advised, wear a mask when picking up the parcels; reduce contact with the deliveryman, and leave the scene quickly after picking up the package; spray the parcel with disinfectant before bringing it home, wait for a while and throw the packaging into the trash before entering your home.