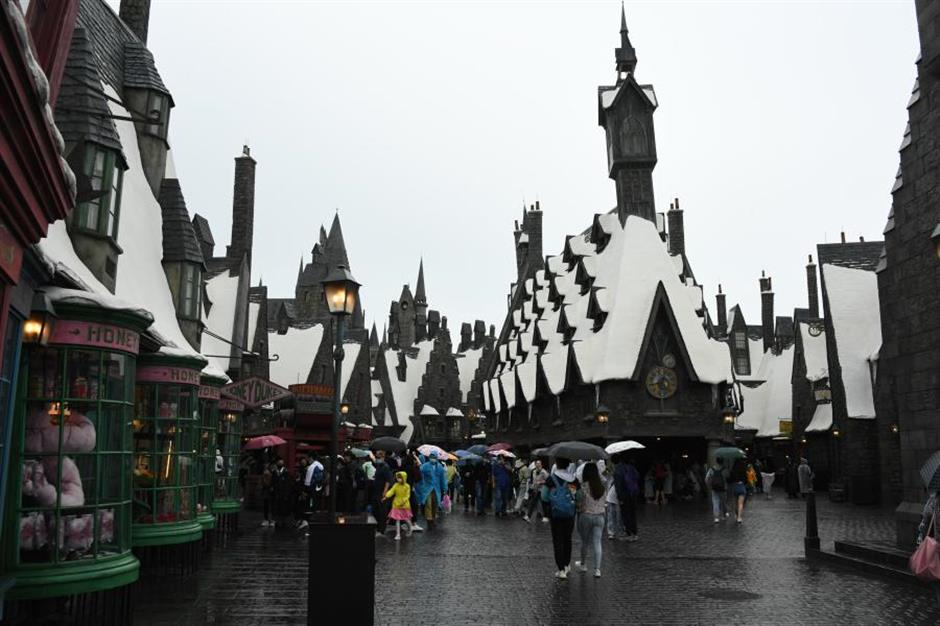 Tourists visit the Wizarding World of Harry Potter at the Universal Beijing Resort on Septmber 20, 2021.

The Universal Beijing Resort is planning its second phase of construction, according to a press briefing on Wednesday.

The expansion will cover 2.2 square kilometers, and five more hotels are expected to be built. The annual number of visits to the existing resort, which covers 1.8 square kilometers, is estimated to reach 10 million, municipal government official Cui Shuqiang said at the press briefing.

The resort has boosted tourism in the neighboring areas of Beijing's Tongzhou District, where the Beijing Municipal Administrative Center and the resort are located, Cui said.

The Universal Beijing Resort began formal operations in September and became the fifth Universal Studios theme park globally, the third in Asia, and the first in China.