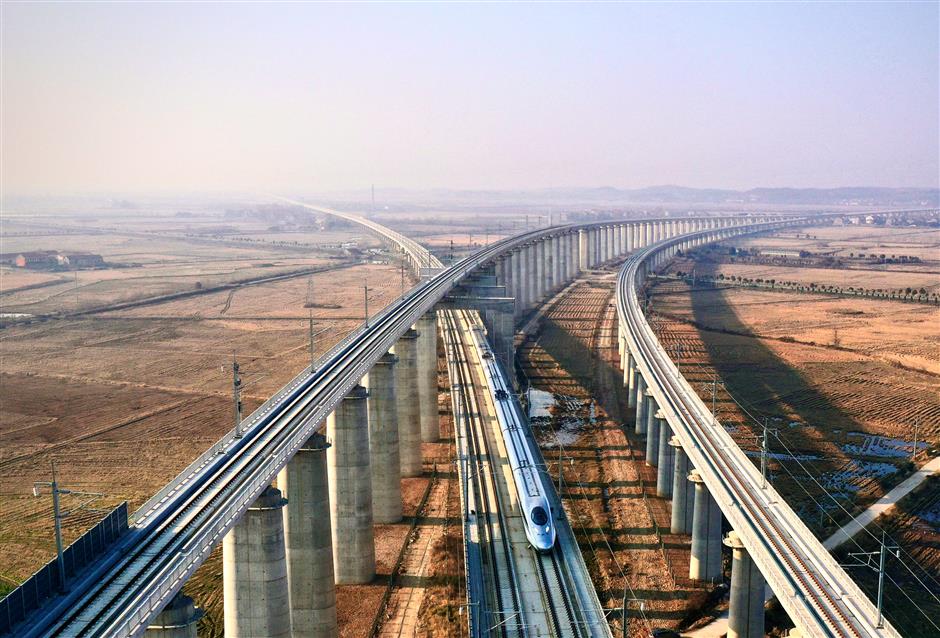 A high-speed train travels on the Anqing-Jiujiang route today.

The 176-km line, with seven stations along its route, will reduce travel time between Anhui's capital Hefei and Jiangxi's capital Nanchang to two hours and 22 minutes, according to China Railway Shanghai Group Co Ltd.

The Anqing-Jiujiang high-speed railway has a designed speed of 350 km per hour and is connected to China's vertical artery of the Beijing-Hong Kong Railway.

There will be five pairs of trains plying on the railway on the first day of its operation and the number will increase to 24 pairs per day starting from January 10, 2022.

The new line passes populated areas with abundant tourism resources and will greatly facilitate the travel of people along the route, said the company.