Over 5,000 fans of the 2021 Duffy and Friends Christmas Collection queued outside Shanghai Disney Resort as early as 3am on Wednesday to get into the resort.

It was the day that select products from the collection became available for general purchase inside the resort.

Before hitting the resort's shelves, these products could be bought exclusively through online registration.

The 2021 Duffy and Friends Christmas Collection 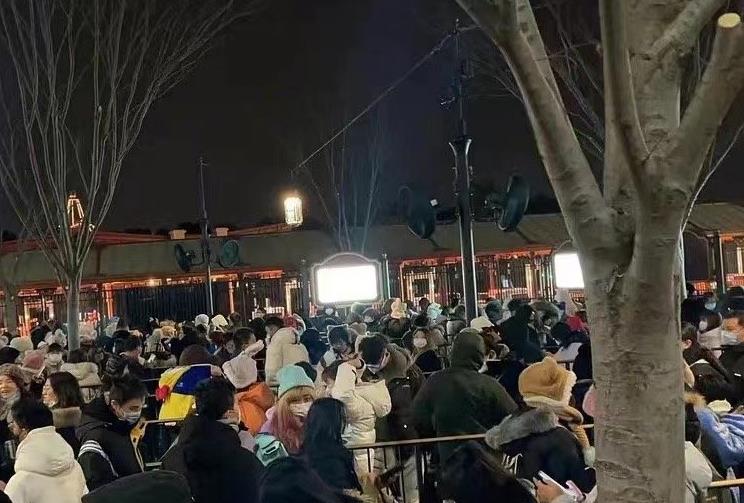 Long queues of people mill outside Shanghai Disney Resort at 3 am on Wednesday.

After the collection's online exclusive buying was completed, those who didn't make the cut had to buy the items inside the park. And those queuing needed to have either the day's park admission or an annual pass to get into the resort.

But as the crowds built outside, Shanghai Disney Resort had to intervene and stop people from further queuing at about 8 am.

A statement issued by Shanghai Disney Resort on its official Weibo.com specified that no overnight queuing or gathering would be permitted in advance of the park opening. 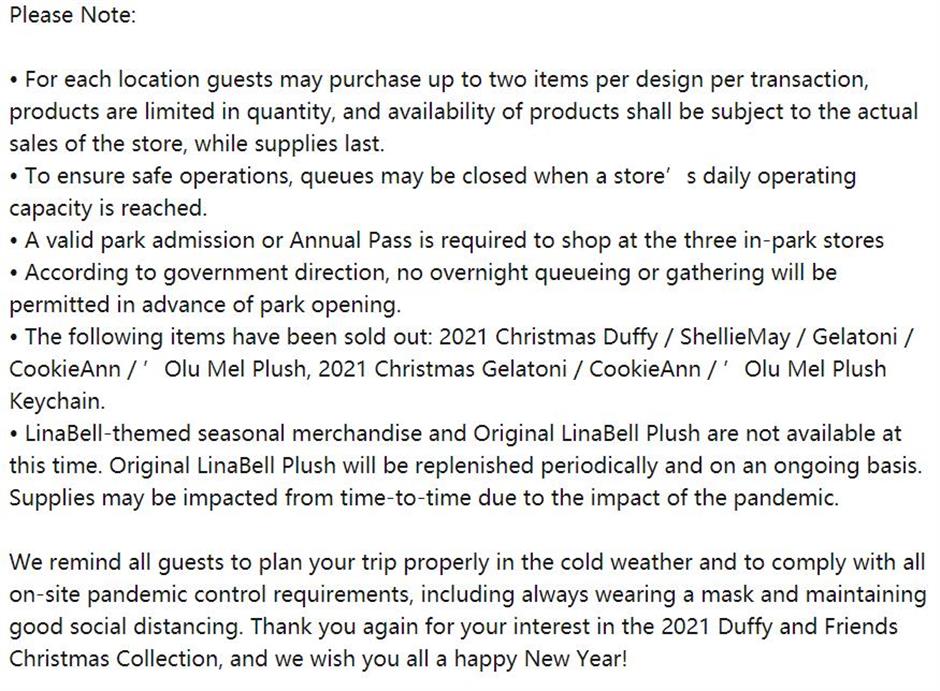 A statement by the resort on December 28 specified that no overnight queuing or gathering would be permitted, according to government direction.

An apology was issued at 9:20 am by the resort which said the queues had to be stopped to ensure the park's safe and orderly operation. 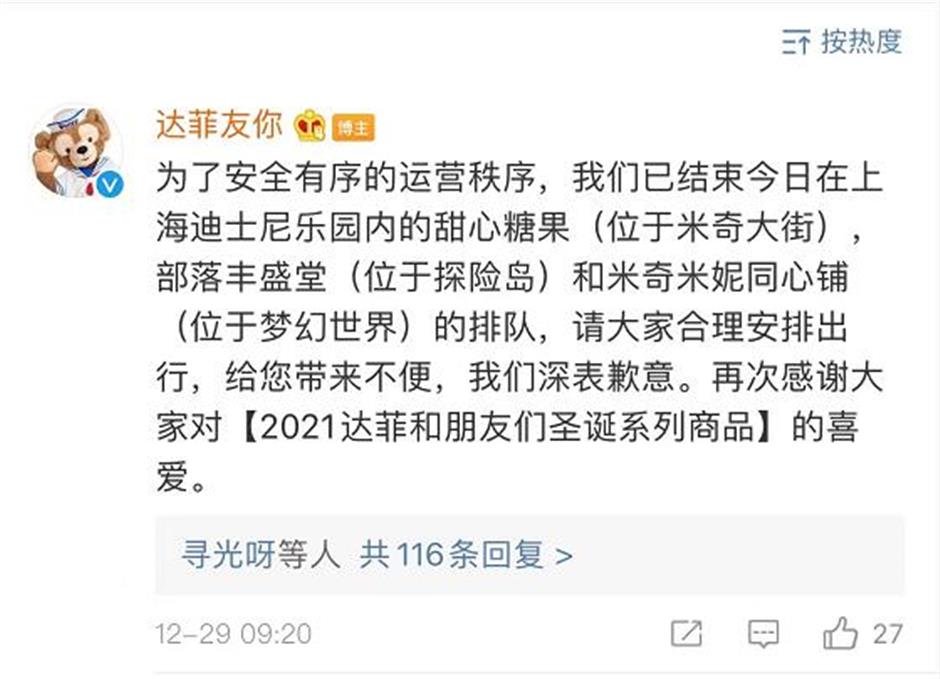 The apology issued by Shanghai Disney Resort that it had to stop queuing due to the park's safe operation.

Later on Thursday, the resort issued yet another statement saying that this year's sale of products for the Christmas collection had ended. 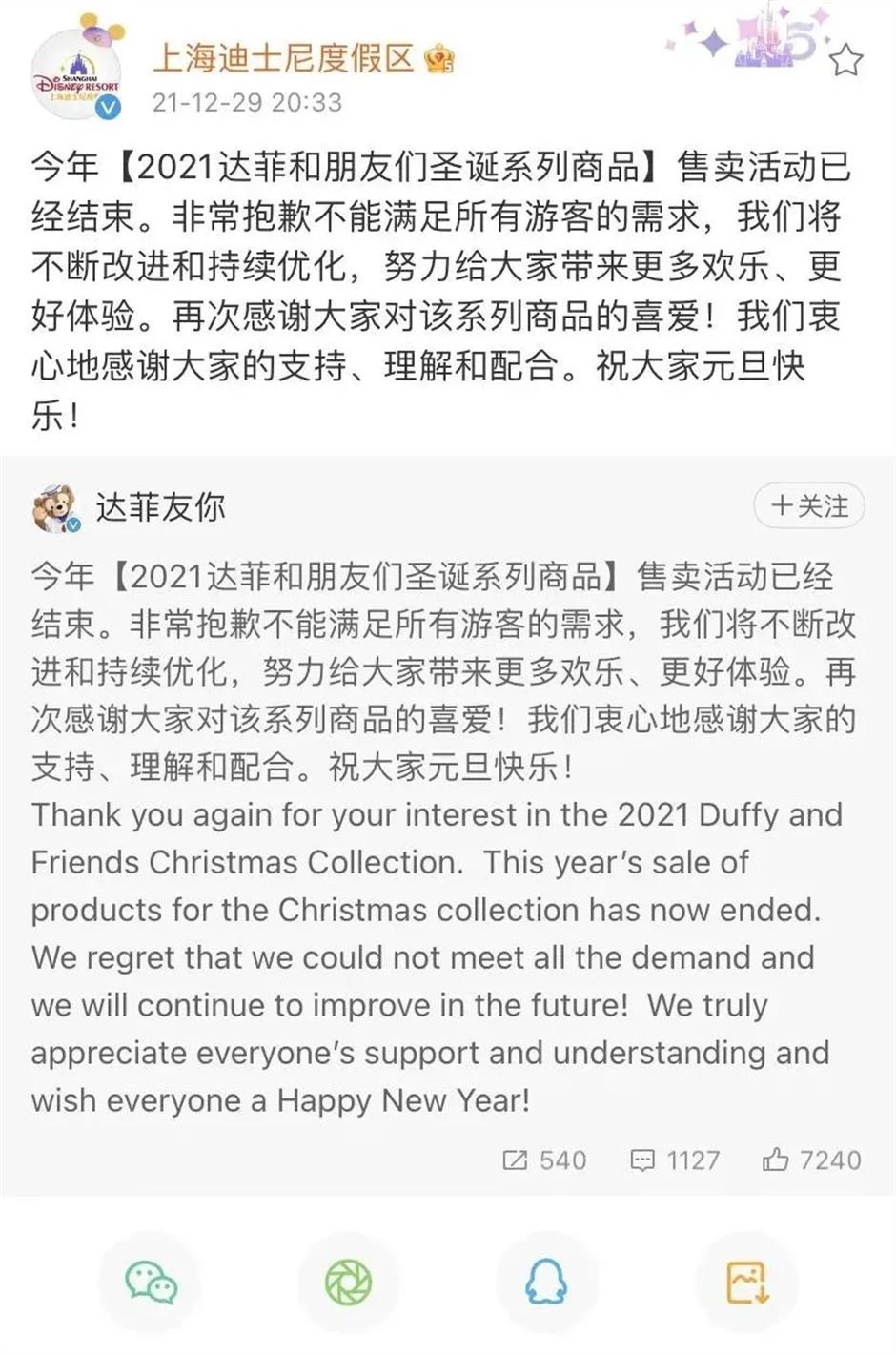