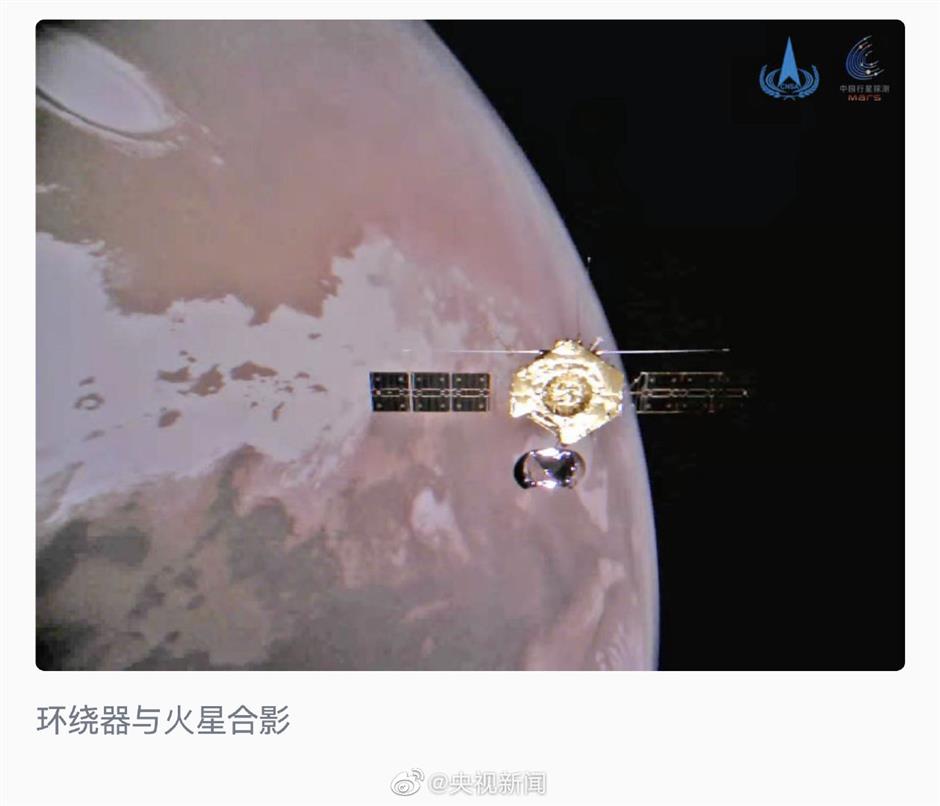 Photo of the orbiter and Mars.

China released on the first day of 2022 a group of new Mars images taken by the Tianwen-1 probe.

These new images showed diverse working conditions of the probe's orbiter and rover, as well as the Mars surface topography obtained by them, said the China National Space Administration.

The images include the group photo of the orbiter and Mars, closeup of the orbiter, ice sheet on Mars' north pole area, surface landscape taken by the rover Zhurong.

China's Tianwen-1 mission, consisting of an orbiter, a lander and a rover, was launched on July 23, 2020. 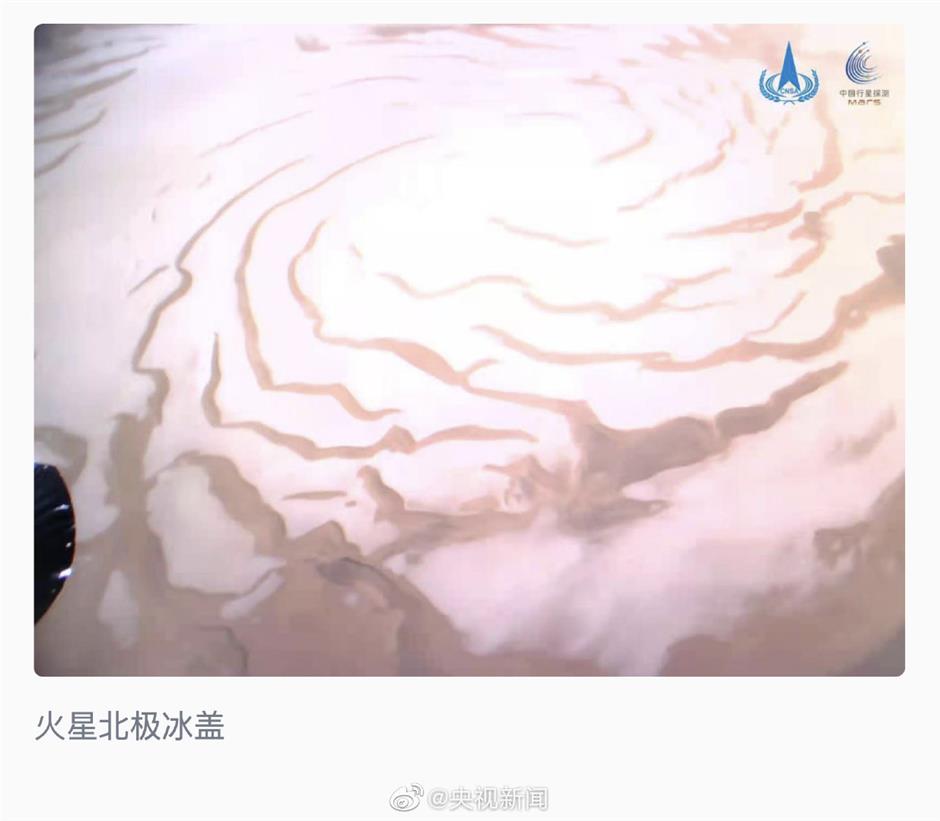 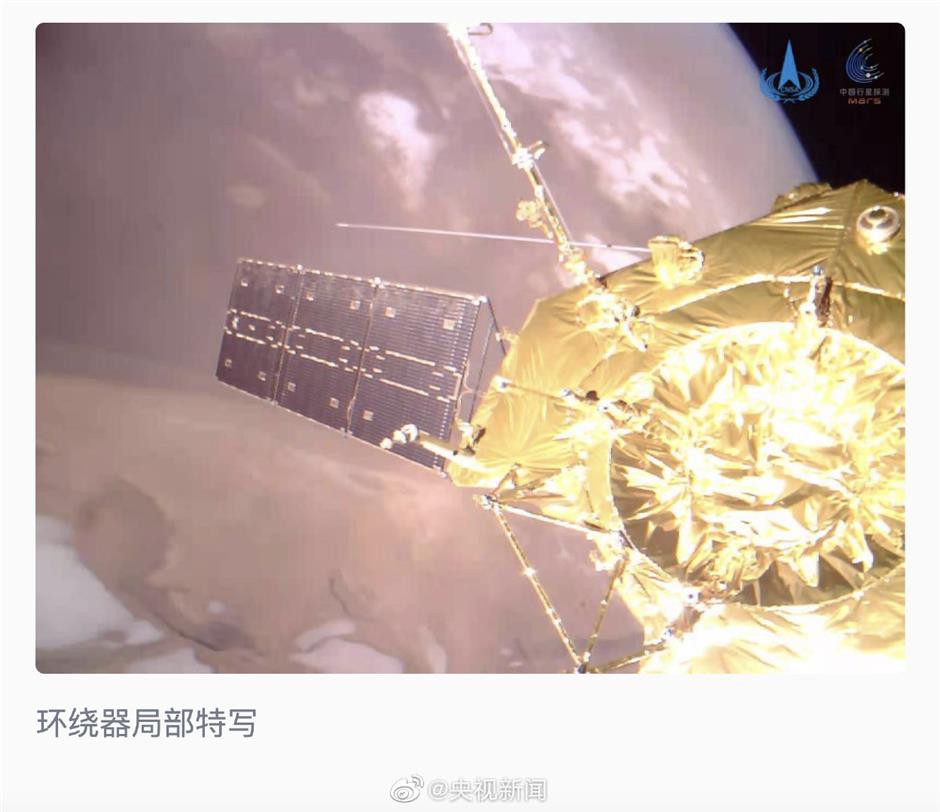 Closeup of the orbiter. 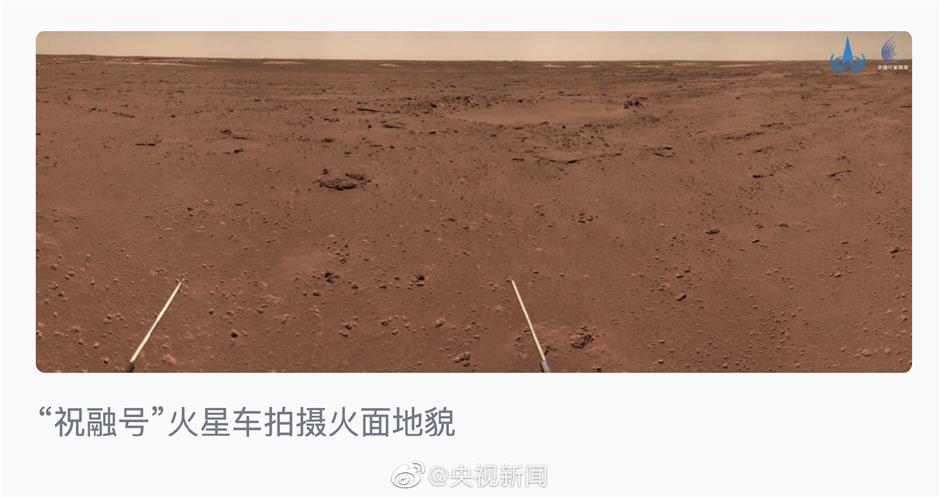