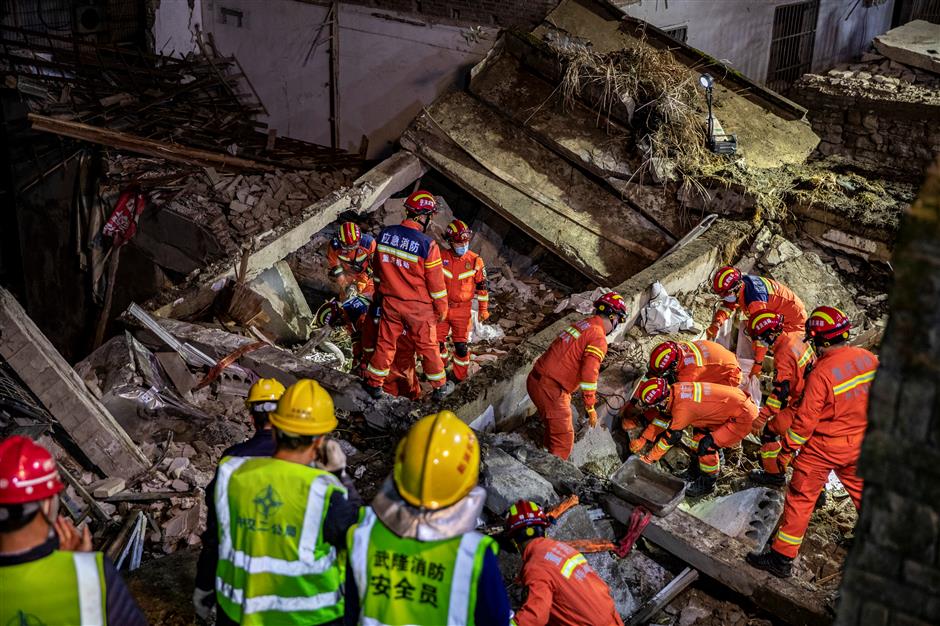 Rescuers look for survivers in the debris after a blast hit a canteen yesterday in Chongqing.

Sixteen people were killed and 10 injured, one critically, after a blast rocked a canteen of a subdistrict office in Wulong District, southwest China's Chongqing Municipality at noon Friday.

The accident took place at 12:10pm as suspected gas leakage triggered the explosion and caused the collapse, trapping 26 people inside.

As of midnight, all the trapped have been pulled out of the debris. The injured are receiving treatment in hospital.

According to witnesses, people were having lunch in the canteen when the blast took place.

The cause of the accident is under further investigation.