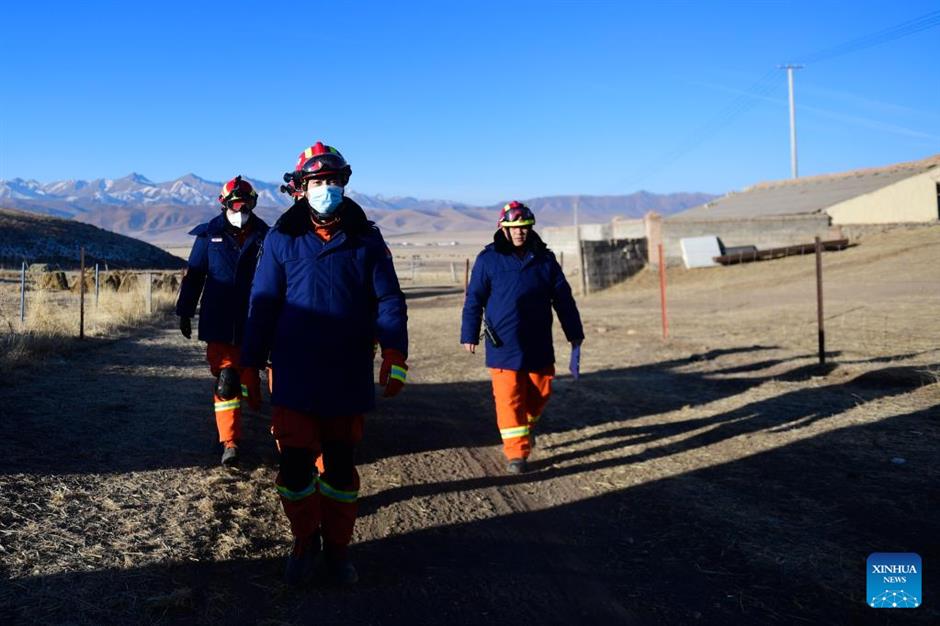 No casualties have so far been reported following three aftershocks that jolted the Menyuan Hui Autonomous County in northwest China's Qinghai Province on Wednesday.

The local earthquake bureau held a press conference on Wednesday evening, stating that all three tremors were aftershocks of a 6.9-magnitude earthquake that jolted the county on Saturday.

Experts said that aftershocks in recent days had ranged from magnitudes of 5 to 6, which will not have a major impact on production and residents in nearby areas.

Roads, major industrial and mining enterprises, schools, hospitals and other key facilities in the quake-hit area have not been affected by the three aftershocks so far.