The Huajia Drainage and Irrigation Station in Hangzhou's Binjiang District was listed amongst the best nationwide hydraulic engineering projects from 2019 and 2020. It was rewarded the Dayu Award following a rigorous debate among professionals, experts and project leaders last week.

The award is named after Da Yu who was known for controlling floods in ancient times. As a hero who tamed the rivers of central and eastern China, he is worshipped today by Chinese, especially in the eastern regions.

The award is the top-flight prize for China's hydraulic engineering. As the organizing committee, the China Water Engineering Association gives priority to a project's quality during the evaluation phase and values its construction management level, project benefits and social influence.

Huajia Station is located at the confluence of the Qiantang, Fuchun and Puyang rivers. The local government has invested about 340 million yuan (US$53.3 million). It started construction in August 2016 and completed the project in June 2020. 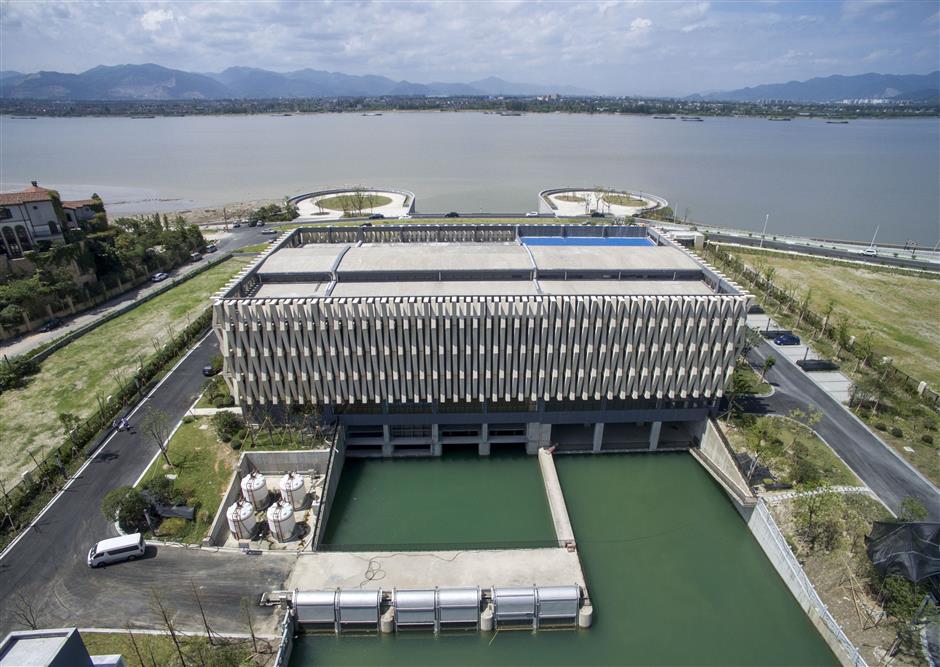 The Huajia Drainage and Irrigation Station

The Qiantang River features the world's largest tidal bore with waves that travel up to 40 kilometers per hour and up to 9 meters high. The huge waves challenged engineers during construction.

In efforts to effectively reduce the direct impact of tidal bores on the gate, the station is set up with exhaust facilities and circular, outward-tilting walls. The anti-seepage wall is arranged around the bottom plate of the station, and the contact surface of the plate wall is filled with high-tech flexible materials, which solves the seepage problem of the silty sand layer. A fully closed structure has been constructed to prevent possible water pollution from nearby factories.

The station withstood typhoon Lekima in 2019, which proved its solid structure and scientific design.

By far, it has drained and distributed 390 million cubic meters of water, greatly lowering the risk of flooding in Binjiang District.

The station has been included in Binjiang's "Five Water Shared Governance" project, which refers to sewage, floods, waterlogging, water supply and water conservation. Since then, the district has launched a series of measures to improve its water governance.

Binjiang is considered to be at the forefront of the Five Water Shared Governance concept with measures brimming with high-tech solutions.

All water resources are under the umbrella of big data technology. A network of water disposal and hydrological systems helps government prevent floods and waterlogging and deal with urban sewage.