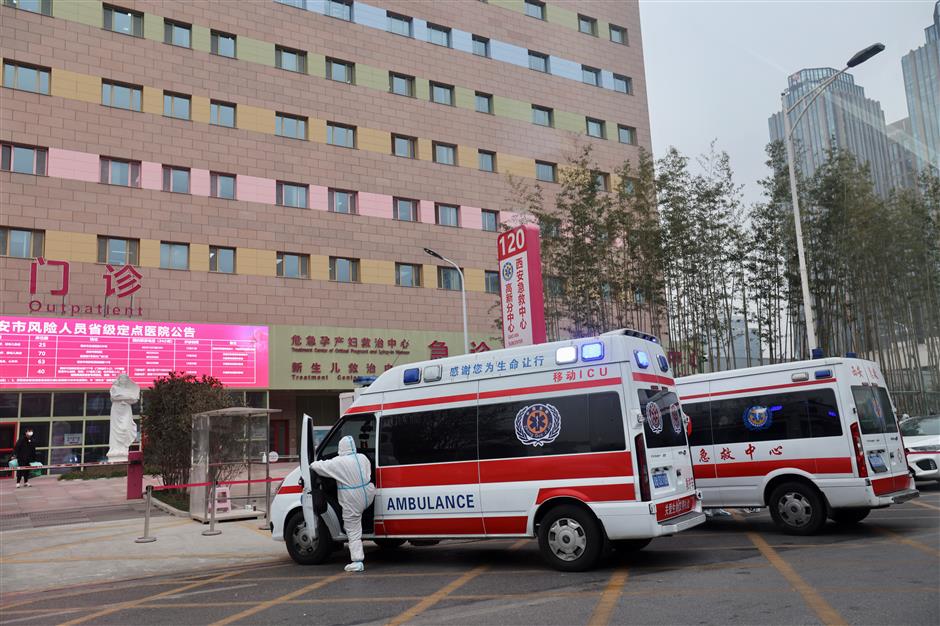 Two hospitals in China's locked-down city of Xi'an, including one that refused to treat an eight-month pregnant woman who later miscarried, have been closed while they "rectify" mistakes, authorities said on Thursday.

The historic city, one of several in China experiencing coronavirus outbreaks, has been subject to strict home confinement for three weeks in line with Beijing's "zero-COVID" strategy.

Top health officials apologize last week after a pregnant woman miscarried as she was refused treatment because her negative COVID-19 test fell slightly outside the 48-hour requirement.

In a separate incident at the second hospital, a Xi'an resident said her father had died last week after he could not get medical treatment for a heart ailment due to "pandemic-related rules."

Both hospitals have been given warnings and made to "suspend operations for three months for rectification," and will only be allowed to reopen after getting approval.

The city's health commission said in a statement on Thursday that the two hospitals had "failed to perform their duties of saving lives and rescuing the wounded."

"This led to delays in the rescue, diagnosis and treatment of critically ill patients, arousing widespread public attention and having a bad social impact," health authorities added.

Gaoxin Hospital has been told to suspend its general manager and dismiss several staff members, and the second hospital to sack its chairman, suspend its deputy chief and remove the head nurse of its outpatient department.

Cases have begun to slow in Xi'an in recent days, with only six reported Thursday.

Since December 9, there have been more than 2,000 domestic infections in the city.