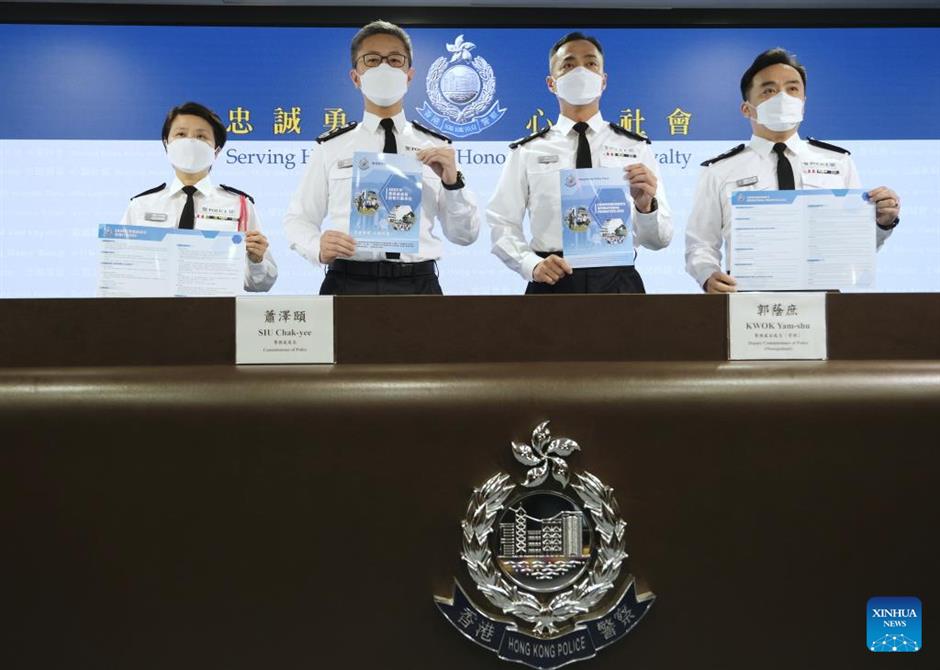 Hong Kong police on Thursday said they had arrested 162 people during related law enforcement by January 25, 2022, since the national security law took effect in June 2020.

Among the 162 people, more than 100 have been prosecuted.