China sets 2022 GDP target at around 5.5%, giving a shot in arm to world recovery 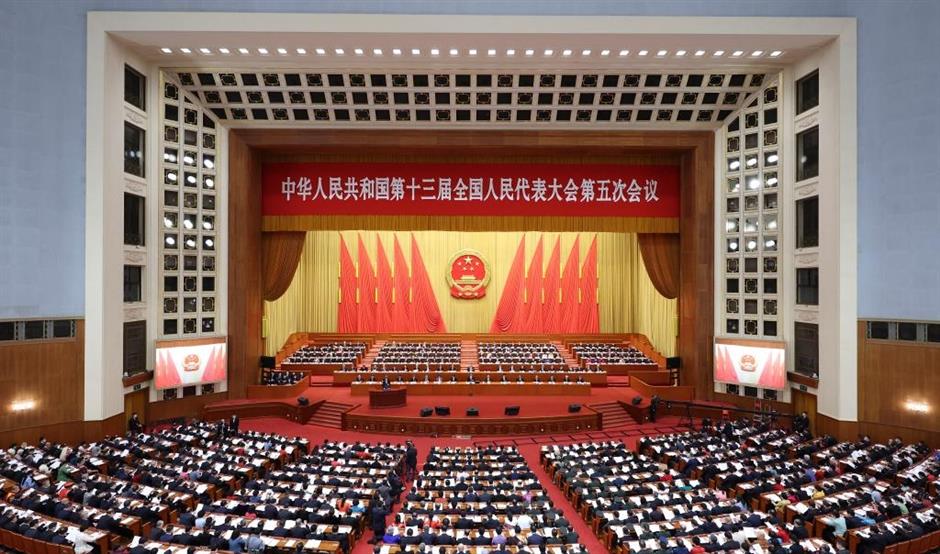 China's national legislature opens its annual session at the Great Hall of the People on Saturday morning in Beijing.

China has set its economic growth target at around 5.5 percent in 2022 as the country's national lawmakers and political advisers gathered in Beijing to map out development priorities for this year.

The gross domestic product (GDP) target is one of the key goals laid out in a much-anticipated government work report delivered by Premier Li Keqiang to the national legislature, which began its annual session on Saturday. 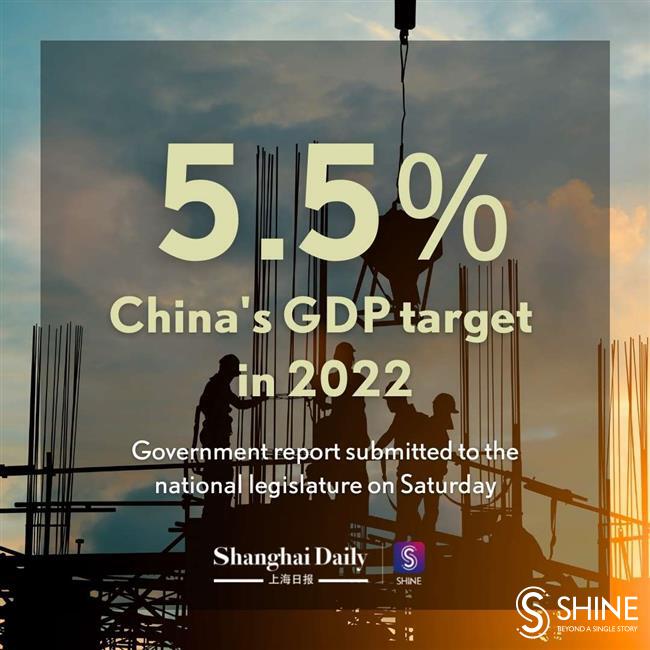 "It represents a medium-high rate of growth given our large economic aggregate, and demonstrates our ability to move proactively," Li said.

The Chinese economy saw a strong rebound with 8.1-percent growth in 2021 and became the only major economy to record growth in 2020.

At a time when the world economy is still facing mounting pressure due to the pandemic and other uncertainties including geopolitical tensions, a growth target of around 5.5 percent for the world's second-largest economy is expected to significantly boost the global economic recovery, analysts said.

Along with the GDP target, a slew of other development goals were unveiled in the report, including employment, investment, foreign trade and inflation. GDP is no longer the sole yardstick for development as the country is pursuing high-quality development.

This year, China aims to create over 11 million new urban jobs, keep a surveyed urban unemployment rate of no more than 5.5 percent, keep grain output over 650 million metric tons and lower the ratio of its deficit to GDP at around 2.8 percent. 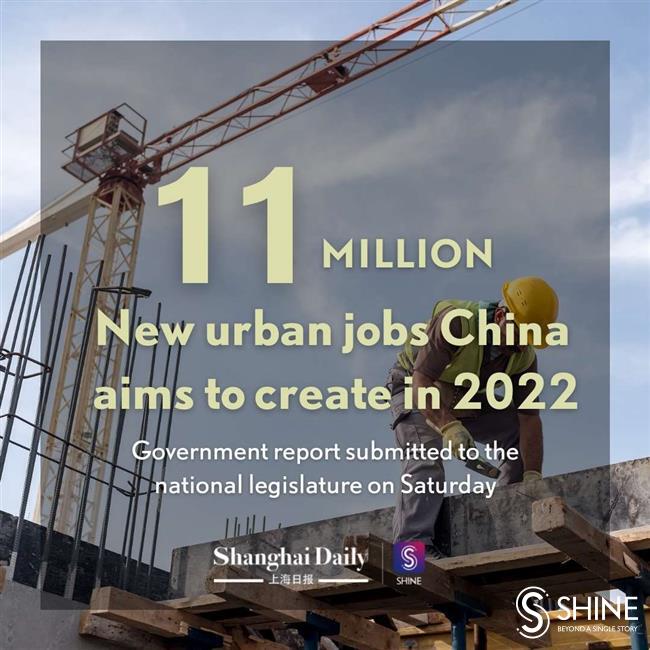 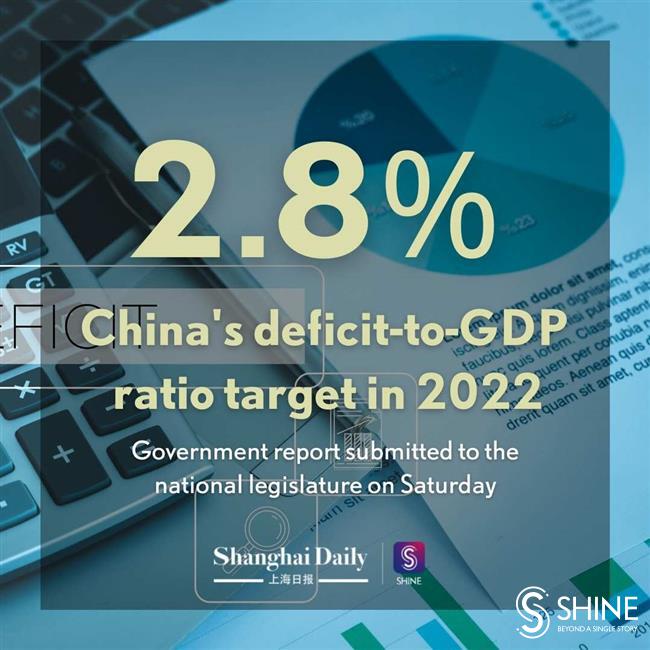 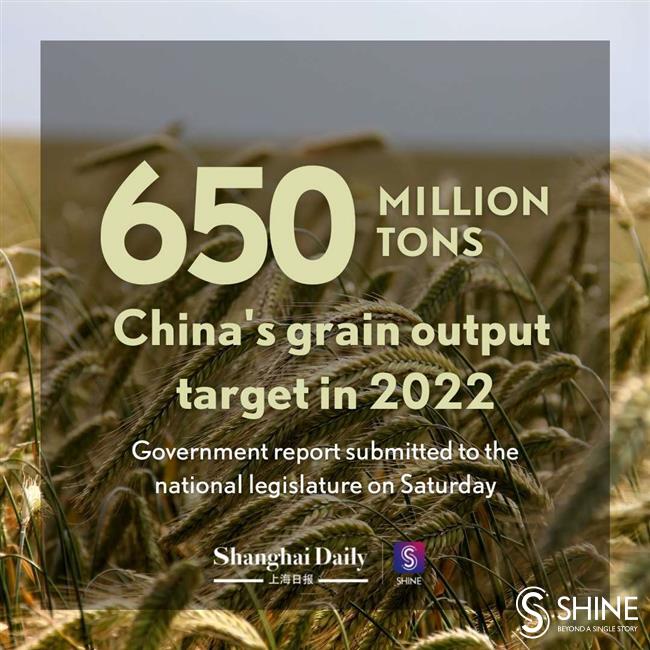 The targets are based mainly on the need to maintain stable employment, meet basic living needs, and guard against risks, Li said, noting that they are also in keeping with the average growth rates of the last two years and the goals of the 14th Five-Year Plan (2021-2025).

With the 5.5-percent growth target, China will continue to drive global economic growth in 2022, Zhang Yuyan, an economist at the Chinese Academy of Social Sciences and a national political adviser, told Xinhua, adding that the country is fully capable of making economic progress while maintaining stability.

In late January, the International Monetary Fund projected the global economy to grow by 4.4 percent in 2022, down by 0.5 percentage points from its October forecast, as many economies are grappling with supply disruptions, higher inflation, record debt and persistent uncertainty.

The World Bank Group slashed its global growth forecast to 4.1 percent for this year in mid-January amid incessant COVID-19 flare-ups, rising inflation and lingering supply bottlenecks.

As major global organizations are concerned with rising global inflation, China has set its whole year inflation target at around 3 percent for 2022, much lower than the 5.9-percent IMF forecast for emerging markets and developing economies.

Considering that China's long-term fundamentals remain unchanged, its goal for 2022 is feasible, and will help boost market confidence in the medium and long term, thus injecting impetus into the global economic recovery, Jiang Ying, deputy CEO of Deloitte China and a national political adviser, told Xinhua. 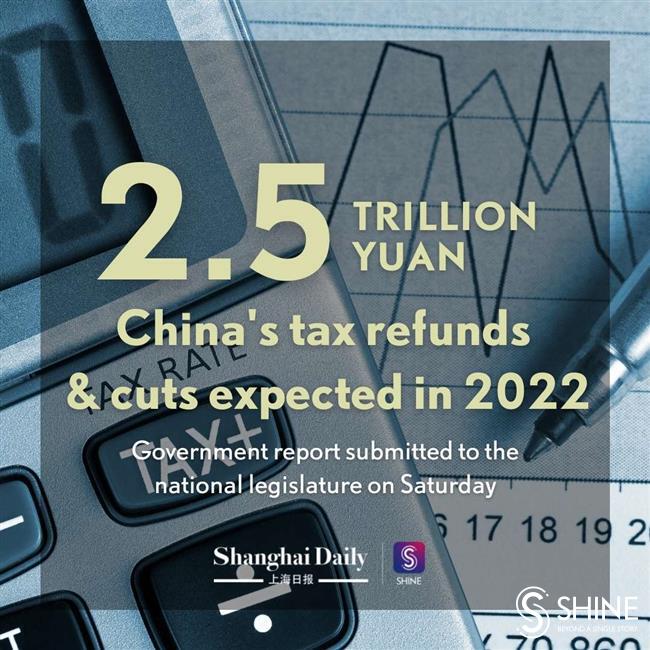 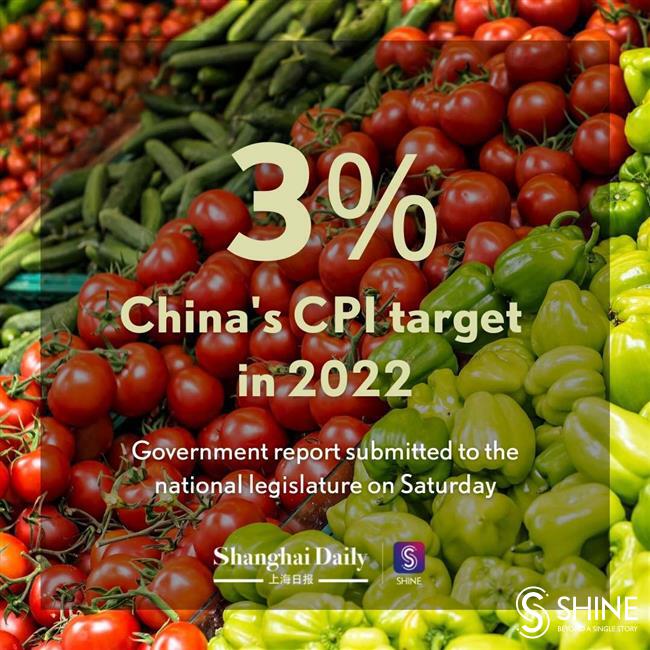 Hopes and challenges ahead

In the report, Li also said that pressures and challenges remain ahead due to increasing external uncertainties.

In 2022, the Chinese economy is facing the triple pressures of shrinking demand, disrupted supply and weakening expectations, he said. This was in line with the judgement made at the Central Economic Work Conference in December 2021.

Entering 2022, authorities have adopted a string of measures to cope with the pressures, including cutting the interest rates of medium-term lending-facility loans and reverse repos as well as reducing the market-based benchmark lending rate.

To meet the annual targets, the country will keep its proactive fiscal policy more effective and step up implementation of prudent monetary policy, Li said.

Efforts will be made to expand the scale of new loans, ensure that increases in money supply and aggregate financing are generally in step with nominal economic growth, and keep the macro leverage ratio generally stable.

To better cater to the liquidity demand of market entities, the report said financial institutions will be encouraged to lower real loan interest rates and cut fees.

In 2022, China will extend policies that support manufacturing, micro and small enterprises and self-employed individuals, with tax refunds and cuts expected to total 2.5 trillion yuan (US$395 billion), according to the report.

"There is no doubt that China's economy will withstand any downward pressure and continue growing steadily long into the future," Li said, citing multiple favorable conditions for sustained development, including huge potential for starting businesses, and rich experience in handling major risks and challenges.