COVID-19 outbreak at a parcel transit site in Hangzhou 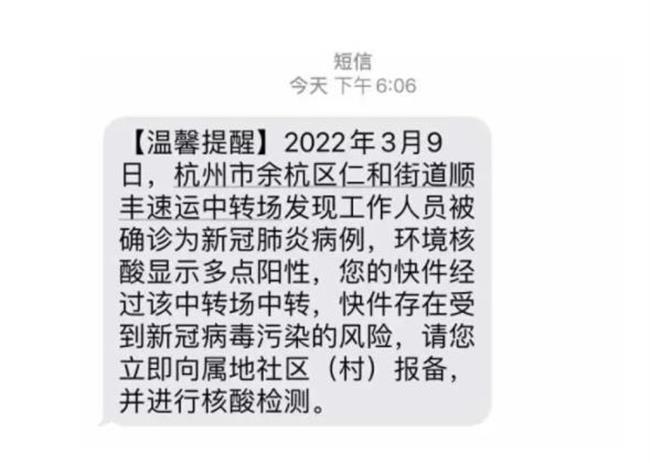 A screenshot of the text message alerting the receiver that there is a possibility the package has been contaminated and asking them to get tested as soon as possible.

Eleven workers were confirmed with COVID-19 as of yesterday at a transit site of logistics giant SF Express in Hangzhou, east China's Zhejiang Province.

The outbreak at the depot has prompted fears that packages handled at the location in Yuhang District might be contaminated, local media reported.

Dozens of Hangzhou and Shanghai residents have received text messages reminding them that they have received packages processed at the transit site and asking them to report to local neighborhood committees and get tested as soon as possible.

Hangzhou authorities said that if the receiver's health code is green, he or she needs to take one PCR test and not to touch the package for seven days as a precaution. People who live with the parcel receiver are also advised to get tested once.