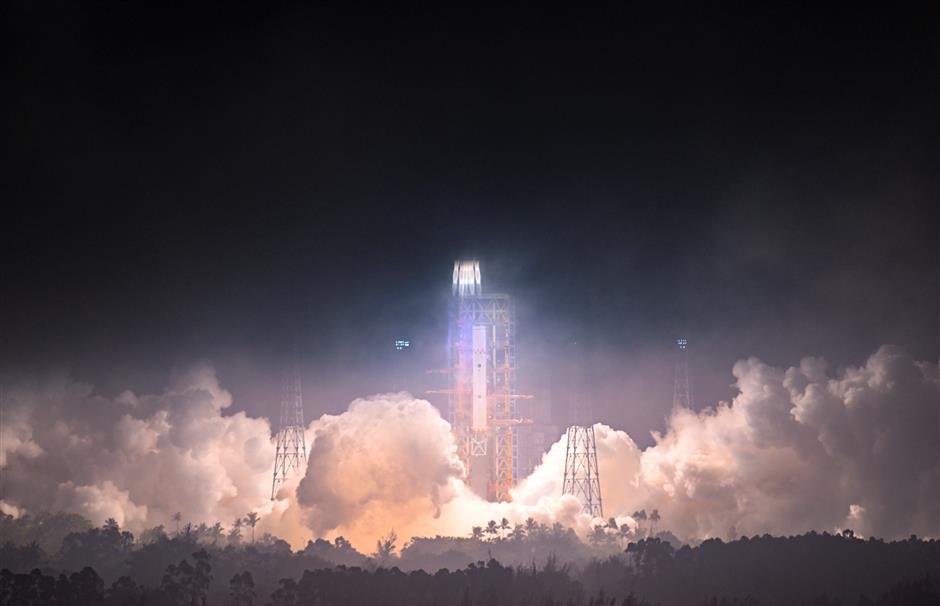 The Long March-7 Y5 rocket, carrying Tianzhou-4, blasts off at 1:56am (Beijing Time) from the Wenchang Spacecraft Launch Site today.

China launched cargo spacecraft Tianzhou-4 on Tuesday to deliver supplies for its space station which is scheduled to wrap up construction this year.

The Long March-7 Y5 rocket, carrying Tianzhou-4, blasted off at 1:56am (Beijing Time) from the Wenchang Spacecraft Launch Site in the southern island province of Hainan, according to the China Manned Space Agency (CMSA).

After around 10 minutes, Tianzhou-4 separated from the rocket and entered its designated orbit. At 2:23am, the solar panels of the cargo craft unfolded and began working.

The CMSA declared the launch a complete success.

Tianzhou-4 will dock with the combination of the space station core module Tianhe and Tianzhou-3 cargo craft later, the CMSA said.

On April 20, Tianzhou-3 separated from the rear docking port of Tianhe and docked with its front docking port.

Tuesday's launch is the 22nd mission of China's manned space programs and the 420th mission of the Long March rocket series.