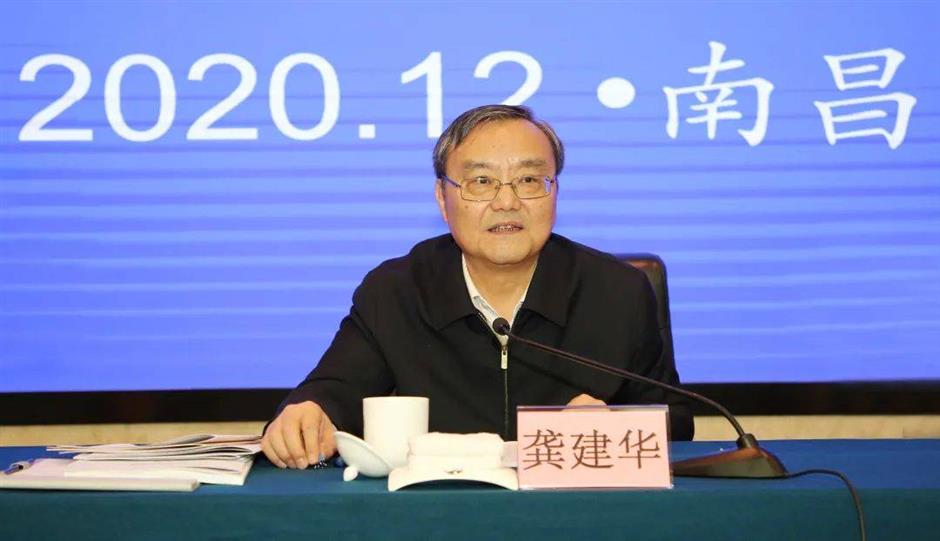 Gong Jianhua, a vice chairman of the Standing Committee of Jiangxi Provincial People's Congress, was expelled from the Communist Party of China (CPC). He was also removed from public office over severe violations of Party discipline and laws, the country's top anti-graft body said on Tuesday.

Gong took advantage of his positions to help others in land sales and project development and illegally accepted a vast amount of money and valuables in return.

He has severely violated the Party's discipline and committed duty-related crime. He is also suspected of taking bribes, the top anti-graft body said.

In line with Party regulations and laws, a decision has been made to expel him from the Party and public office and confiscate his illicit gains. His case will be handed over for judicial proceedings.