An aircraft veered off the runway during take-off and caught fire at an airport in southwest China's Chongqing around 8am on Thursday, injuring over 40 passengers.

Tibet Airlines flight TV9833 from Chongqing to Nyingchi in Tibet aborted its take-off after unspecified abnormalities, swerving off the runway, the airline said. The left side of the aircraft's nose caught fire.

All of the 113 passengers and nine crew members were evacuated and more than 40 suffered slight injuries.

Flight operations at the airport have resumed and the cause of the incident is under investigation. 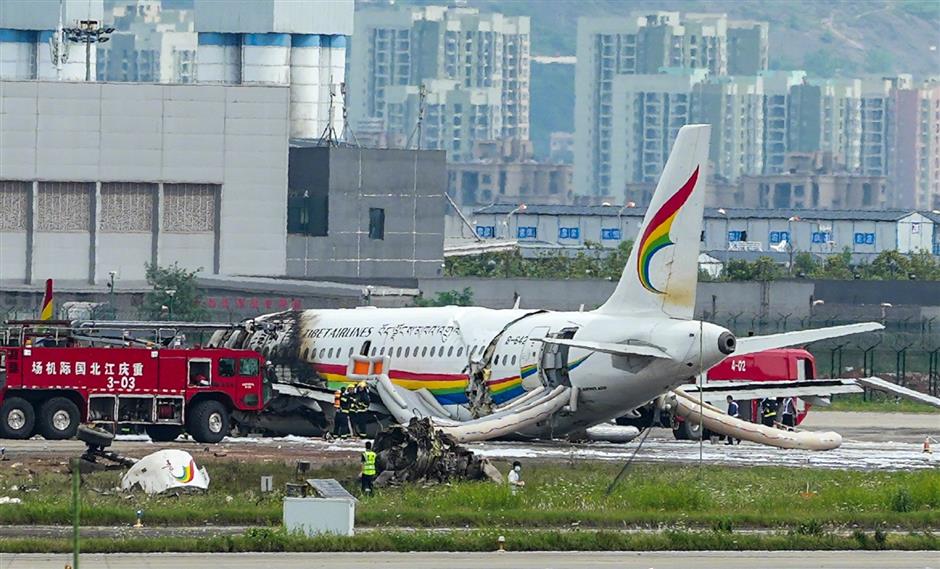 A Tibet Airline plane veers off the runway and catches fire at the Chongqing Jiangbei International Airport in southwest China's Chongqing today.