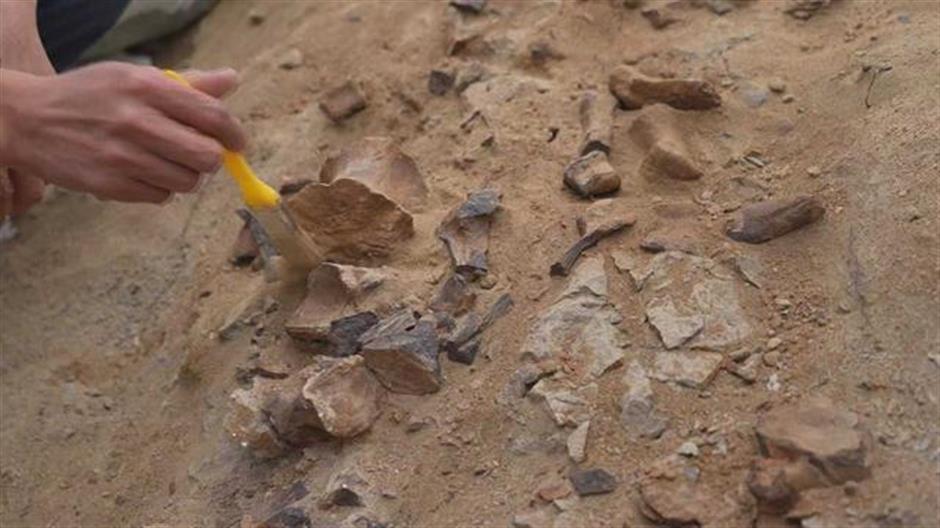 Researchers from the Natural History Museum of Bayannur City, Inner Mongolia, discovered it during a regular inspection of Urad Back Banner.

A preliminary study on bone morphology showed that the fossil belonged to an iguanodon in the Early Cretaceous period. It was large and close to adulthood, said Dai Ruiming from the museum.

Researchers are cleaning and reinforcing the giant skeleton of the large herbivorous dinosaur. Protection measures will be taken based on how many fossils they will find.

The fossilized bones will be brought back for further study if they belong to a single individual dinosaur. If too many well-preserved fossils are discovered, researchers can consider building an in-situ burial museum for protection, Dai said.

The Cretaceous period, which began 137 million years ago and ended 65 million years ago, was the last time dinosaurs ruled the planet. Fossils from that period offer significant evidence for studying their evolution, living conditions, and extinction.

Urad Back Banner is dubbed the "hometown of dinosaurs" in China. So far, fossils of 19 dinosaur species have been found there.