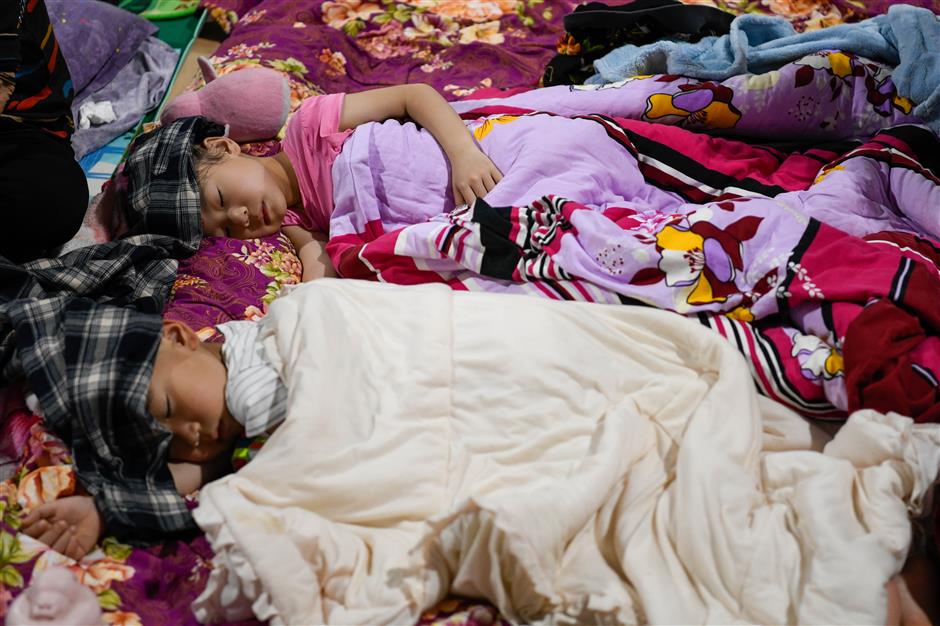 Children sleep in a temporary shelter in Baoxing County in Sichuan Province on June 2, 2022.

Four people have been confirmed dead and 41 others injured after a 6.1-magnitude earthquake jolted the city of Ya'an in southwest China's Sichuan Province on Wednesday afternoon, according to the city's earthquake relief headquarters on Thursday.

As of 9am on Thursday, 34 casualties were reported in Baoxing County and 11 injuries in Lushan County, the headquarters told a press briefing.

The injured have been sent to hospital for treatment. One of them is in critical condition, the two that were seriously injured are now in stable condition, and the other 38 that suffered minor injuries are in no immediate danger.

A total of 13,081 people in Ya'an have been affected by the earthquake, it said.

The 6.1-magnitude earthquake rattled Lushan County of Ya'an in Sichuan, at 5pm on Wednesday Beijing Time, according to the China Earthquake Networks Center.

The epicenter, with a depth of 17 km, was monitored at 30.4 degrees north latitude and 102.9 degrees east longitude, the CENC said.