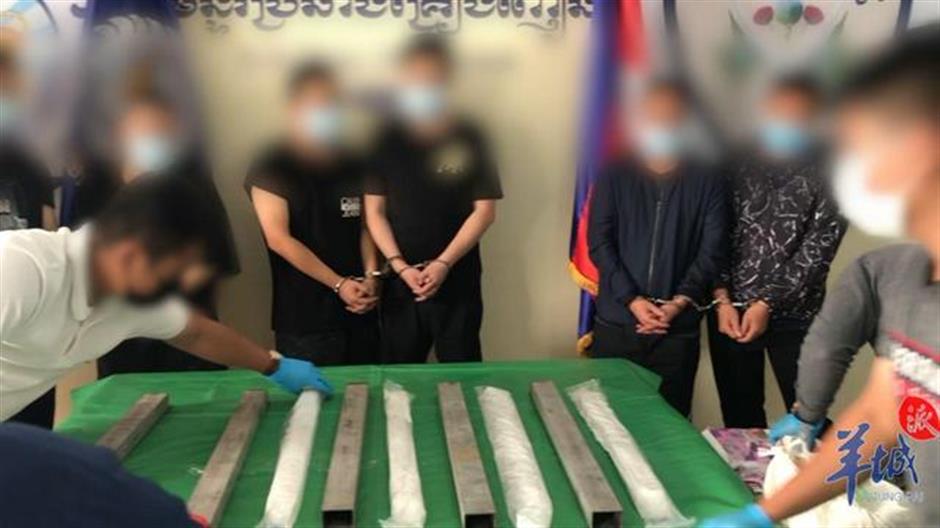 The drugs seized in the case

According to an announcement by the public security department of south China's Guangdong Province on Thursday, the Guangzhou police noticed a cross-border drug trafficking gang in October 2020. An investigation found that the gang planned to operate in many places in China and Cambodia.

On December 24, 2021, police in both China and Cambodia conducted a simultaneous operation. Five gang principals and 15 other people involved as well as 350 kg of methamphetamine were nabbed in a villa and local casino in Phnom Penh, Cambodia, while another 29 suspects were arrested in multiple Chinese cities.