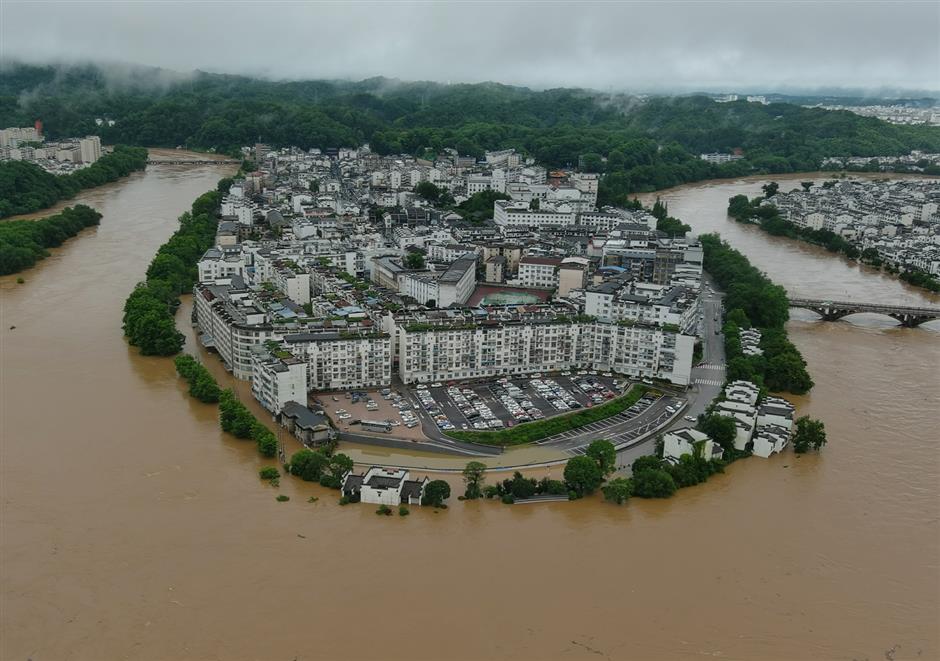 The flood control and drought relief headquarters of east China's Jiangxi Province upgraded the flood control emergency response to level II on Monday evening, as around 485,000 residents were affected by lingering rain.

From Saturday to 3pm on Monday, heavy rain and floods had hit 55 counties across Jiangxi, with 43,300 hectares of crops affected. Direct economic losses from the floods reached 470 million yuan (US$70.4 million), according to the headquarters.

The local meteorological department said that rainfall in Jiangxi would weaken slightly on Tuesday, but heavy rain would hit its southern and eastern parts. The rain belt would move north to the Yangtze River basin on Wednesday.