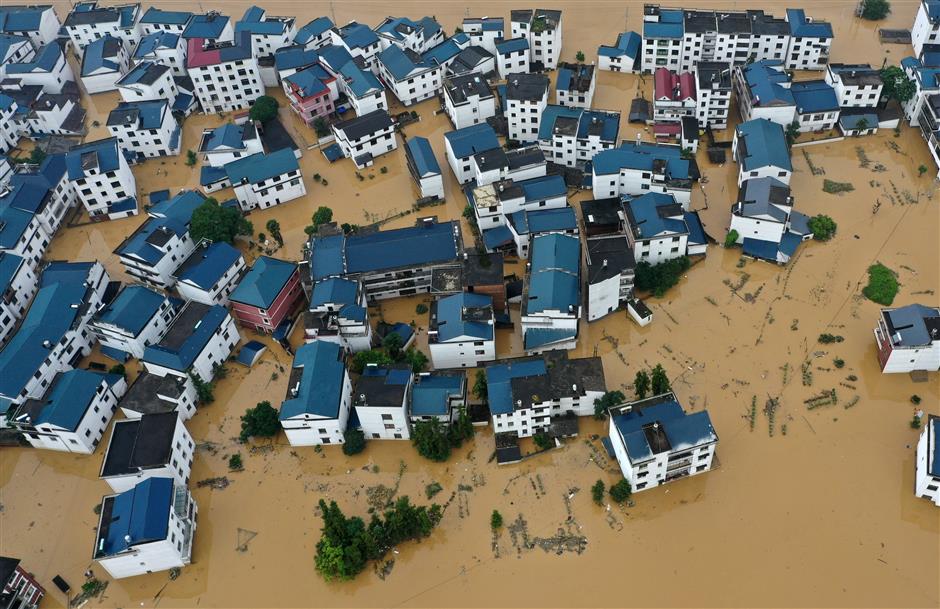 A flooded part of Shangrao city, Jiangxi Province, on Tuesday

China on Tuesday earmarked 200 million yuan (US$29.92 million) of central disaster-relief funds as rounds of rainstorms have battered the country's southern areas.

The emergency funds, allocated by the Ministry of Finance and the Ministry of Emergency Management, will be used to support flood-control and disaster-relief efforts in the provinces of Fujian, Jiangxi and Hunan, as well as the Guangxi Zhuang Autonomous Region.

China has a four-tier flood-control emergency response system, with level I being the most urgent and severe.

After entering the flood season, China has allocated 560 million yuan to help local governments in flood control and disaster relief.