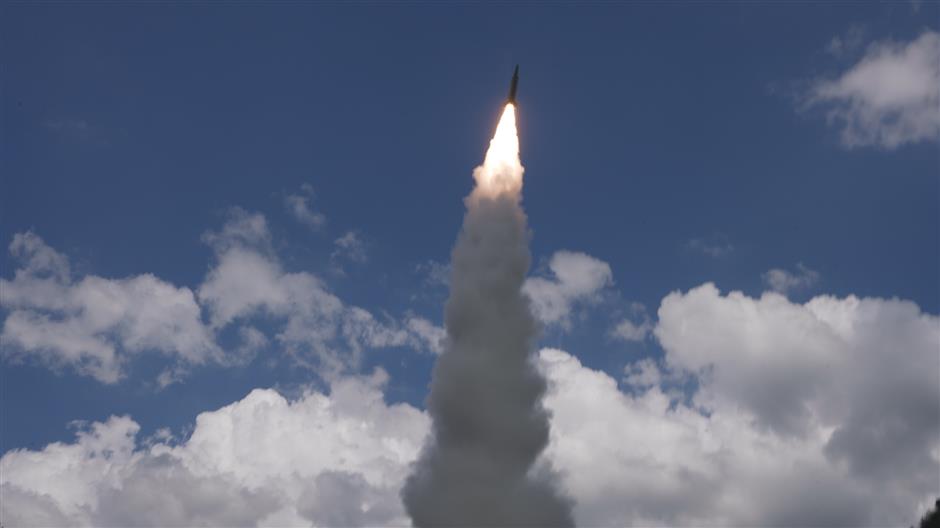 A missile is launched by the Eastern Theater Command of the PLA, targeting designated maritime areas to the east of Taiwan island on Thursday.

China's People's Liberation Army fired 11 Dongfeng missiles into the waters around the island province of Taiwan yesterday as it continues with its military exercises following US House of Representatives Speaker Nancy Pelosi's visit to the region earlier this week.

It was the first time that the PLA fired missiles across Taiwan.

Meng Xiangqing, a professor at the National Defense University of the PLA, said the PLA's warning reflects its sense of responsibility and the United States should avoid stoking tensions further.

"We hit the targets under the observation of the US Aegis combat system and hit the area where the Patriot missile defense system is densely deployed, which means the Chinese military has solved the difficulties of hitting long-range targets on waters," Meng told China Central Television.

Meng said that the Chinese forces could potentially seal off Keelung, a major port in Taiwan, while strikes could be launched from the east of the island targeting the military bases in Hualien and Taidong.

"The 'doors' to Kaoshiung could also be closed by the Chinese military off the southwestern coast," he said. 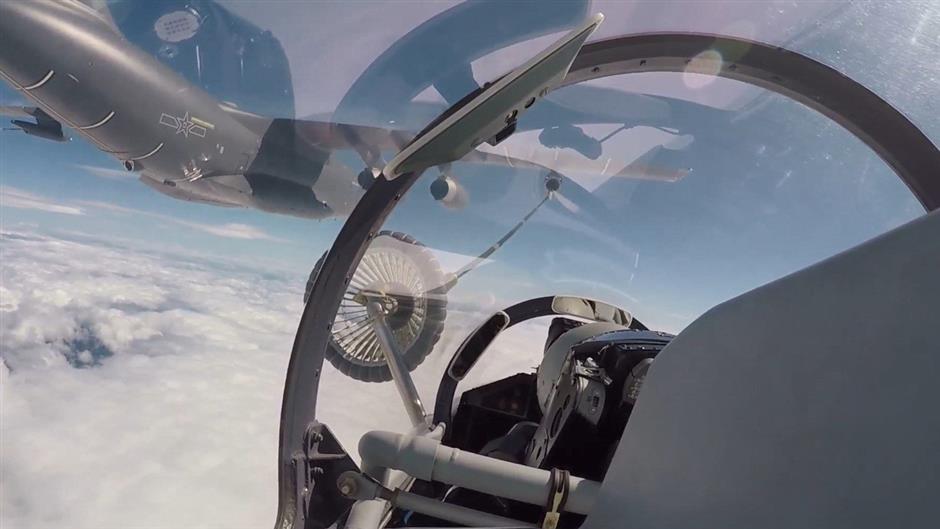 A video screenshot shows aerial refueling as the air force and naval aviation corps of the Eastern Theater Command of the PLA fly warplanes to conduct operations around Taiwan on Thursday. 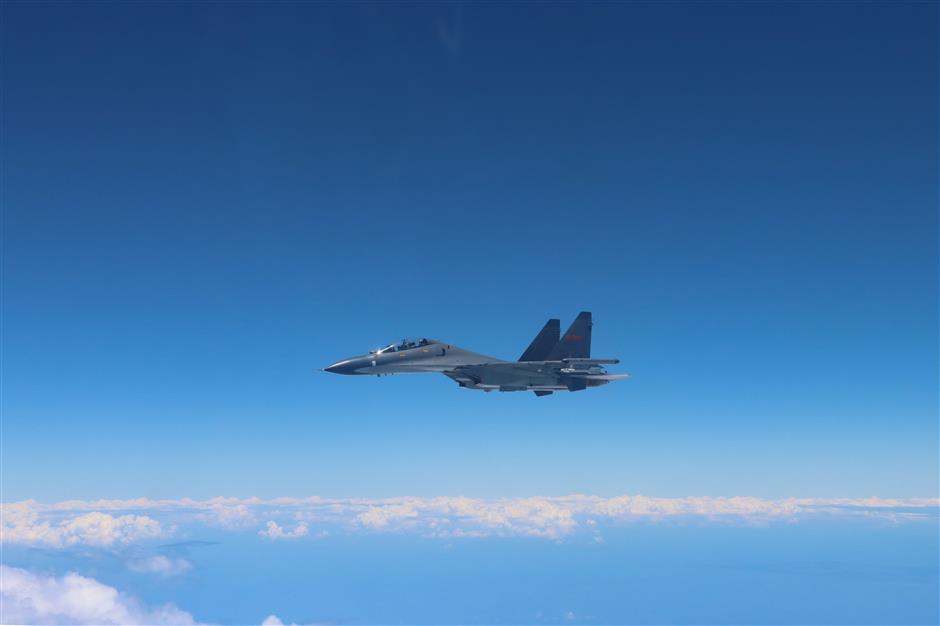 A warplane of the Eastern Theater Command of the PLA conducts operations around Taiwan on Thursday.

Chinese military spokesperson Tan Kefei said in a press briefing that "the Chinese armed forces will deliver what it says."

"The training exercises in the waters and airspace off Taiwan include sea target assaults, strikes on land targets and airspace control operations, as well as live firing of precision-guided munitions," Tan said.

Hua Chunying, a spokesperson for the China's Ministry of Foreign Affairs, stated on Wednesday that China will take all necessary measures to protect its sovereignty and territorial integrity. All consequences arising therefrom shall be borne by the US side and the "Taiwan independence" separatist forces.

She said the one-China principle is a widely recognized norm for international relations and has universal consensus in the international community.

"It is on the basis of the one-China principle that China has established diplomatic ties with 181 countries, including the United States," Hua said.