Why some messages of the hearing-impaired may sound unpleasant to normal people?

A user of the video-sharing platform Bilibili recently posted an "unpleasant" message exchange with a hearing-impaired deliveryman because she thought he was too harsh and rude asking her to pay for the food and the delivery fee, despite the fact that she had already paid on the platform. 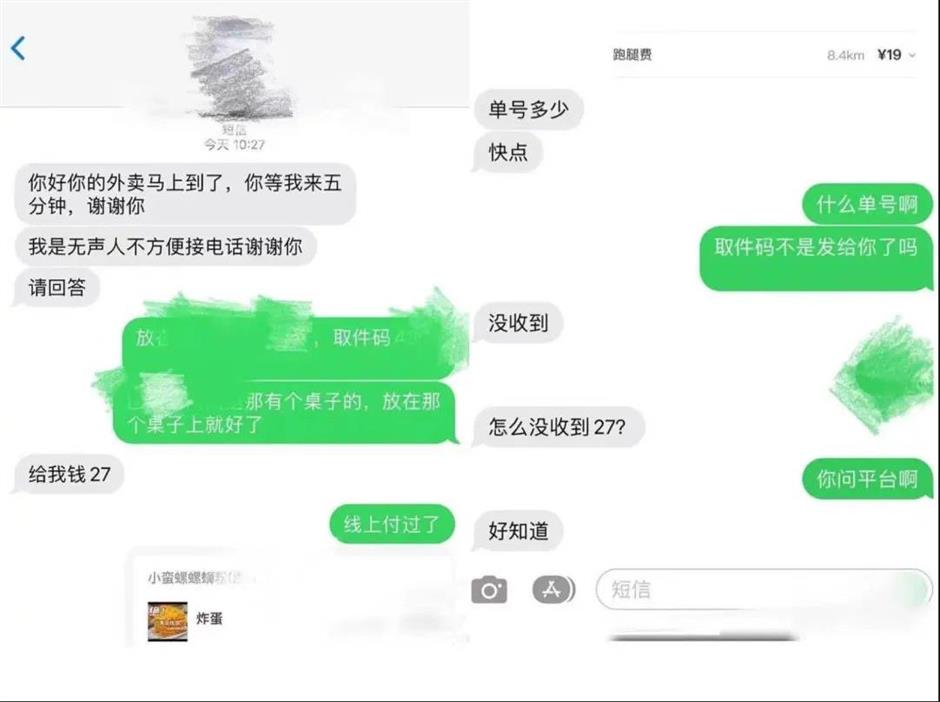 Screenshots of the message exchange. Many netizens agreed that the deliveryman sounded a little rude.

Many netizens agreed with the woman and believed that the tone was a little unpleasant to read, despite the fact that it was sent by a hearing-impaired deliveryman.

Until another user commented that he used to teach at a special school for the deaf and mute and that the word order for the special group was completely different from normal people. Many adjectives and terms for emotions are difficult for them to express in natural sign language.

A user who once taught at a school for the hearing impaired claimed it would be difficult to arrange the words in order.

Natural sign language may occasionally shift a verb and an object. Take "put out the fire" for example. When deaf people try to articulate it, they first see the fire and then have the idea to put it out.

Another example is a cat catching a mouse. When attempting to describe it, they would first consider the cat, then the object mouse, and finally the word "capture." According to a post on guokr.com, a science website, this is how the two creatures communicate in the real world.

Deng Zhenlian, a hearing-impaired uploader on Bilibili, responded with a video. She highlighted the natural sign language word order and how it was a visual language. 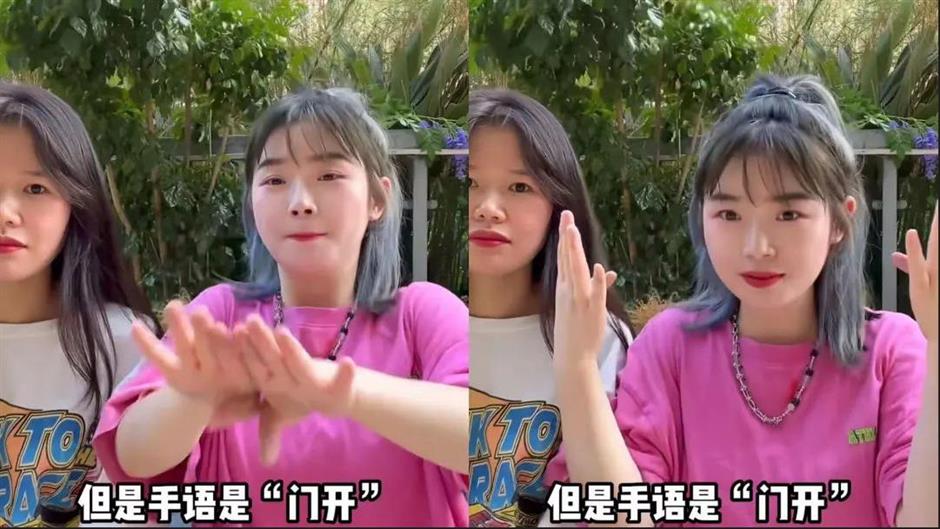 Deng explains how the hearing-impaired group would express basic phrases such as "open the door."

The sign for "open the door" is "door open" (verb). To be more efficient, sign language sentence structures tend to employ as few signs as possible. "Please" and "Can you" are often obsent in sign language for efficiency, Deng said.

A sentence in Chinese such as, "Hello, may I trouble you to take this for me?" will be shortened to "help me take this" in sign language.

Following the same logic, the deliveryman used sentences such as "give my money 27," Deng explained.

Several users related their experiences with the hearing-impaired. Some complimented Deng for explaining why their families or friends always sounded strange when sending them messages.

One comment said he finally understood why the messages sent by his deft-mute uncle sometimes sound off.

Another user, a natural sign language major, stated that because of the word order issue, many people with hearing impairments have difficulty reading Chinese textbooks, despite the fact that Chinese is their second language.

Deng would occasionally ask her friends to review the messages she was about to send to make sure they didn't sound objectionable to normal people.

She also took the opportunity to help more people understand the hearing-impaired community so that they may be more accepting and tolerant of them.

Deng hopes people can be more understanding and tolerant toward them.

On her channel, Deng shares anecdotes about what it's like to be deaf and answers people's questions about the special group.

When someone asked her in one of her videos how they manage to get up on time like normal people, she did a skit in which she simply turned her phone to vibration mode and placed it beneath her pillow, so she could feel the phone vibrating.

When she needs car-hailing services, some drivers prefer to call to find out their exact location. In such situation, Deng approaches passers-by to answer the phone.

Bullets comments fly across the video saying how cute the skit is.