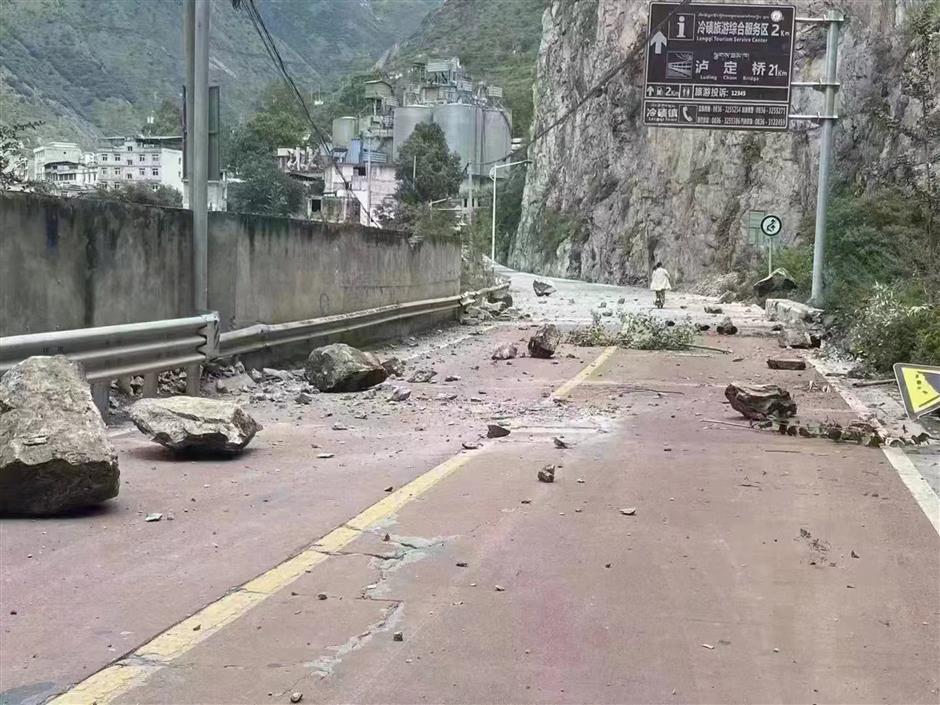 Rocks fall off a mountain next to a road in Luding County, Sichuan Province, where a 6.8-magnitude earthquake happened on Monday afternoon.

At least 30 people have been killed in a 6.8-magnitude earthquake that jolted Luding County in southwest China's Sichuan Province on Monday, local authorities said.

The epicenter was monitored at 29.59 degrees north latitude and 102.08 degrees east longitude, at a depth of 16 km, according to the China Earthquake Networks Center.

Damage to the roads, telecommunications and houses is being checked, said the information office of the people's government of the Ganzi Tibetan Autonomous Prefecture.

The prefecture has dispatched over 600 rescue workers and 300 have arrived at the epicenter area to join the rescue efforts, repairing roads and sending drones to assess quake damage.

The province has activated the second-highest level of emergency response for the earthquake and more rescue forces are rushing to the epicenter area.

There are several villages within the 5-km range around the epicenter area, which is 39 km from the county seat of Luding.

The tremor was felt in Chengdu, capital of Sichuan, which is 226 km away from the epicenter.