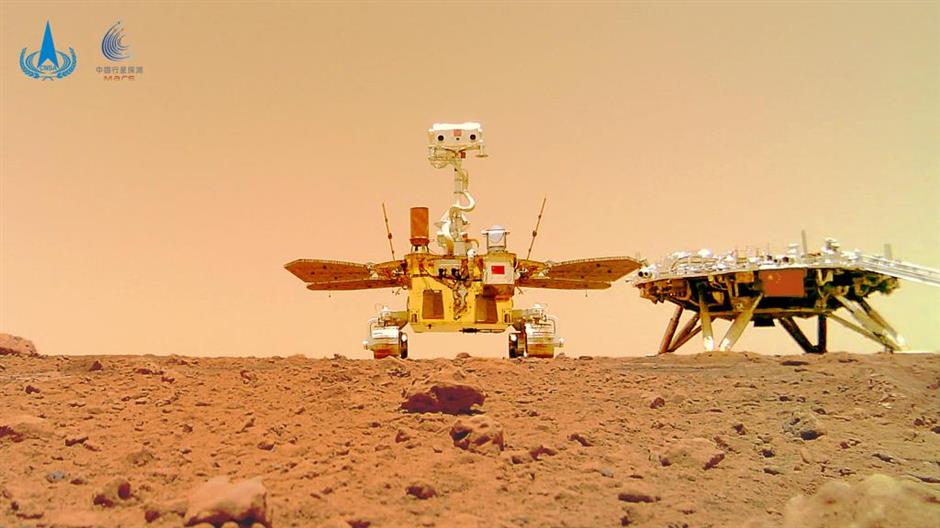 The China National Space Administration (CNSA) on Sunday released a batch of scientific research results from its Mars probe Tianwen-1 for the first time.

The Tianwen-1 orbiter had been operating for 780 days and the rover Zhurong had traveled 1,921 meters on the surface of the red planet as of Thursday, according to the CNSA's Lunar Exploration and Space Program Center.

Both the orbiter and rover have completed targeted scientific exploration missions, and acquired 1,480 gigabytes of raw scientific data, the center said. 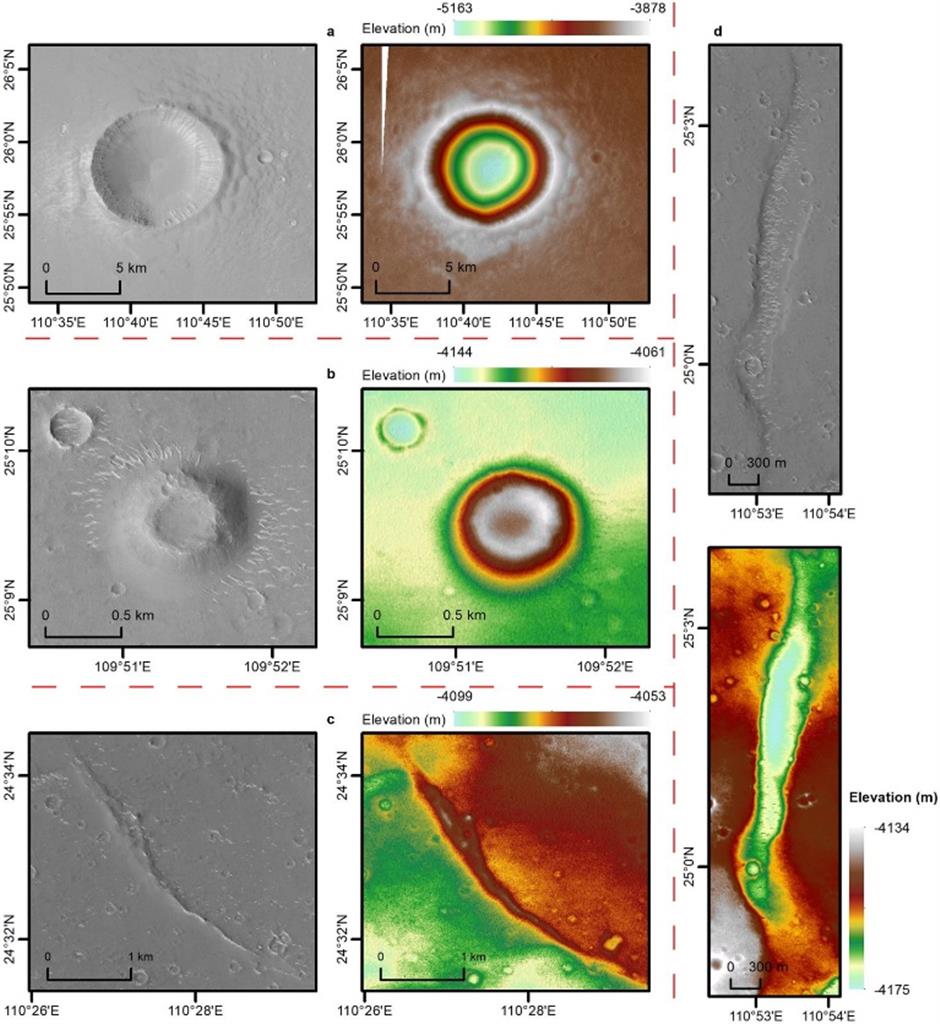 Chinese scientists have also found hydrated minerals in platy-like rocks, a layer of "duricrust," proving that there has been substantial liquid water activity at the landing area since the Amazonian epoch, which was about 1 billion years ago. 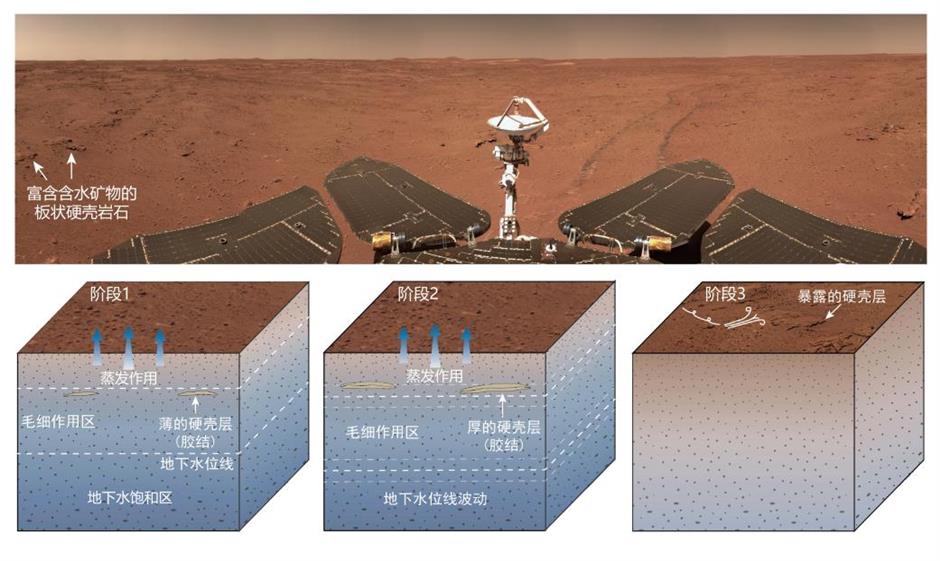 Platy-like rocks and the schematic model of the duricrust formation process at the landing area of China's Mars rover Zhurong.

Scientists have also found that the Martian soil has high bearing strength and low friction parameters, revealing the site where the rover landed must have experienced wind and possibly water erosion. 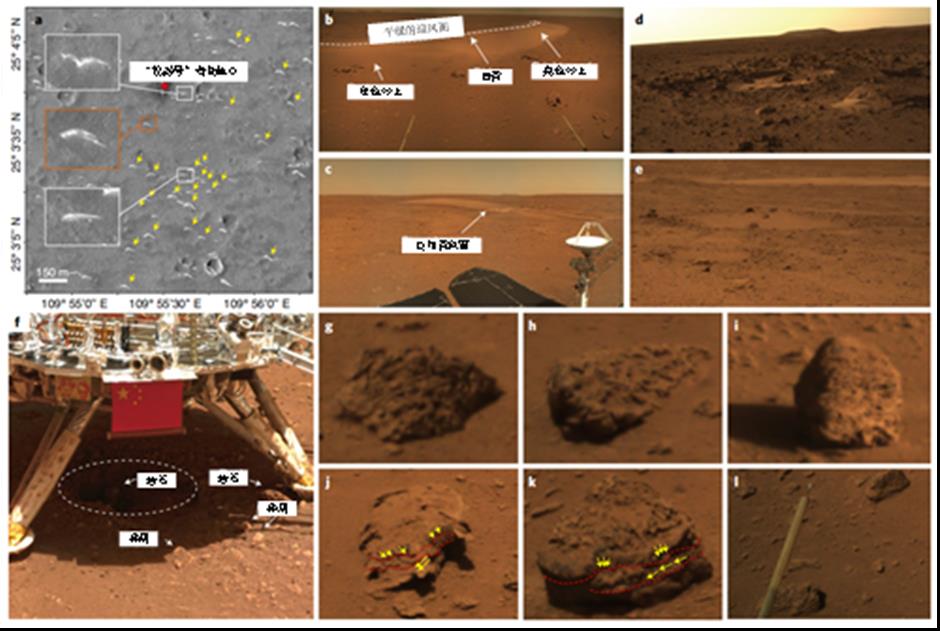 Geological features of Mars at the landing area of China's Mars rover Zhurong.

These results revealed the impact of wind and water activities on Mars' geological evolution and environmental changes, and provided support for the hypothesis that there was once an ocean in the Utopian Planitia, according to the CNSA.

In addition, Chinese scientists have obtained a number of scientific results on the relationship between the density of rocks on the Martian surface and the degree of surface erosion, the distribution of ions and neutral particles in the near-Mars space environment, and the gravity field of Mars.

The Tianwen-1 probe, consisting of an orbiter, a lander and a rover, was launched on July 23, 2020. On May 15, 2021, it touched down at the pre-selected landing area in Utopia Planitia, a vast Martian plain, marking the first time that China has landed a probe on the planet.