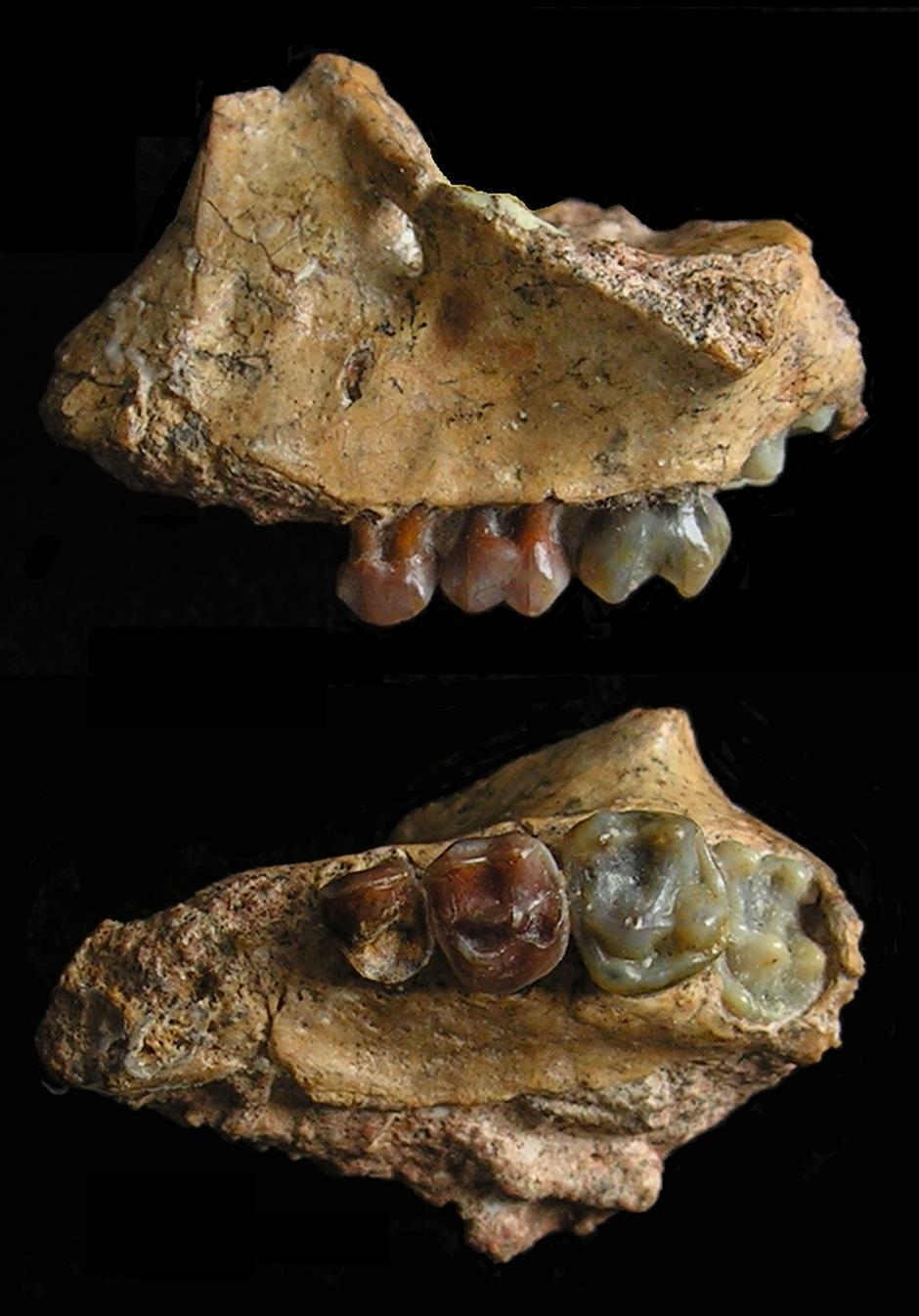 Paleontologists have discovered fossils of a small catarrhine dating back 7 million to 8 million years in southwest China's Yunnan Province.

Named Yuanmoupithecus xiaoyuan, this species has proved to be the earliest known gibbon.

The findings of the research paper, jointly authored by Chinese scientists and their international counterparts, have been published in the Journal of Human Evolution.

There are 20 existing species of hylobatidae, mainly living in tropical and subtropical areas of Asia. Hylobatidae fossils are very rare and are mostly found in caves in south China and Southeast Asia.

Project leader Ji Xueping said that more than 30 years ago, paleontologists had discovered the tooth fossils of Yuanmoupithecus xiaoyuan, which were classified as small catarrhines.

Ji, who is also a researcher with Kunming Institute of Zoology under the Chinese Academy of Sciences, later found a partial lower face fossil of a juvenile individual during a field investigation, and preliminarily determined that the specimen belonged to a hylobatidae after comparing it with the skull of living gibbons.

"Although the specimens of Yuanmoupithecus xiaoyuan are still relatively rare, the discovery of key materials has allowed us to finally confirm that the species is the most likely direct ancestor of living gibbons," Ji said.

Researchers believe that the discovery of the species has filled a gap in the evolutionary history of small catarrhines in East Asia.