With online funerals getting increasingly popular, some people have found themselves "memorialized" by certain offenders with ulterior purposes.

A recent report from a local court in Xiamen City, Fujian Province, revealed that a woman named Lulu found that someone had created a virtual mourning hall for her on an online funeral platform six years ago. So far, over 43,000 people have visited the website, she claimed.

Her real personal information, including birth date, place of origin and 10 photos, were released on the platform, accompanied by what she called a fake life story purporting that she disappeared in 2010 after leaving school and her mutilated body was found in the sea several days later.

She was furious and took the platform to court, claiming that it had infringed on her rights to her portraits and her reputation.

The platform admitted the mistake but it could not provide information of the perpetrator because it doesn't require real-name registration.

According to the Civil Code, Internet users and service providers who use the network to infringe on the civil rights and interests of others should take blame for the infringement.

"Online platforms should take the responsibility for legal operations," Wei Xiaobei, head of the civil court of Changning District People's Court, told Shanghai Daily on Wednesday. "Online torts are hard to discover in the first place and there are usually many similar victims at the same time."

A court in Xiamen's Siming District upheld Lulu's complaint. It said every platform should register the real name of the user and strictly review the information of those who are memorialized, including the death certificate and the relationship between the dead and the person establishing a virtual mourning hall. 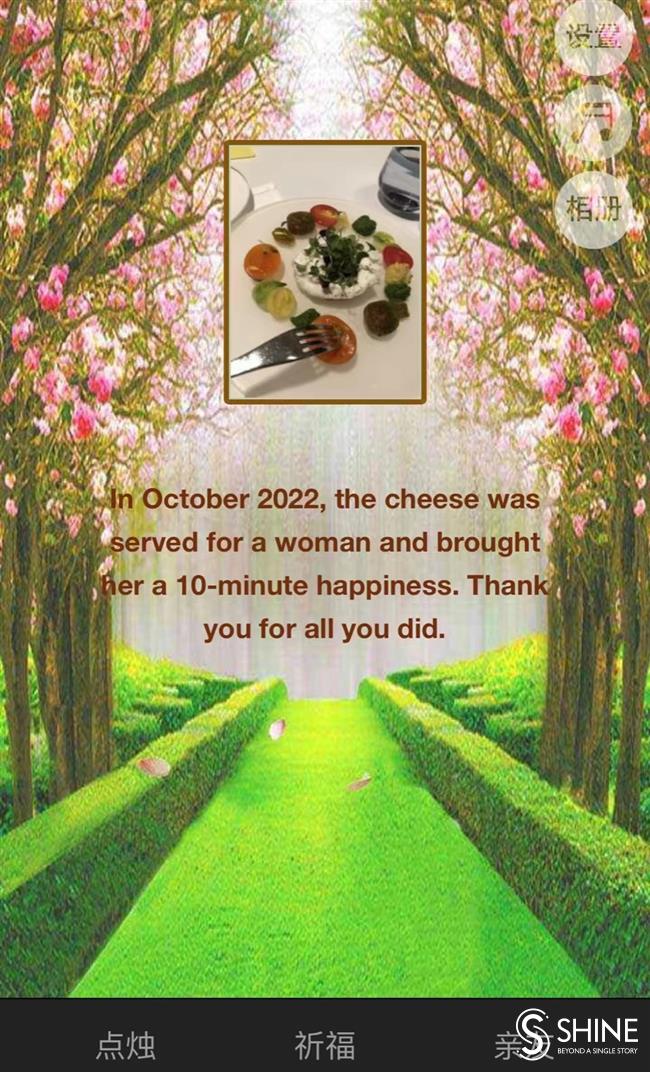 The author of this article created a virtual memorial on an online funeral platform on November 23. No real-name registration was required.

The national civil administration department showed on this year's Qingming Festival in April that there were 2,304 online funeral platforms in China and 6.95 million people paid respects online during the first day of the three-day holiday, an increase of 275.7 percent from the previous year.

But many online funeral applications are loosely managed. In some cases, no death certificate is required to establish a virtual cemetery or memorial hall, and some platforms lack any effective monitoring system to combat possible online fraud.

In April, the Cyberspace Administration of China issued a notice calling for tightening up the launch of online monuments and tombs and preventing faudulent online memorial activities.

Wei advised that victims should keep evidences and contact the platform in question to prevent their rights and interests from being further infringed upon.

Victims have the right to demand service providers to delete, block and disconnect web pages.

If negotiation fails, people can seek help from public security organs or courts.