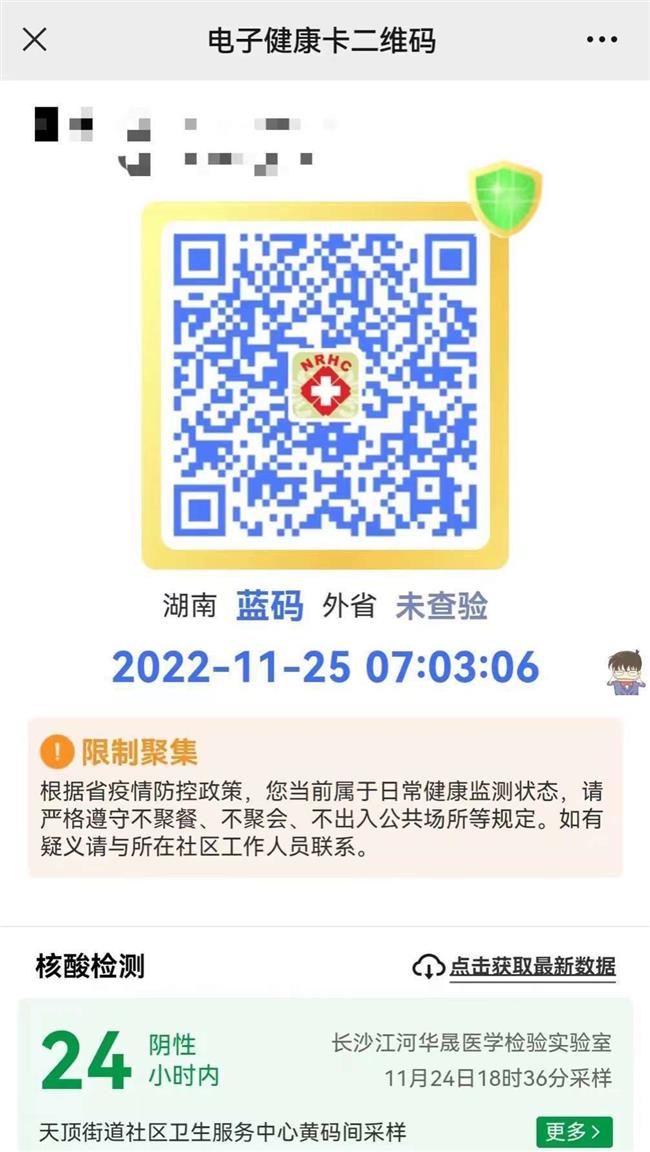 A blue health code is introduced in Henan Province for people who have arrived within five days.

Central China's Hunan Province introduced a new blue health code to identify those who have arrived within five days in order to limit their access to indoor public venues.

They are, however, allowed to enter workplaces, schools and hospitals and take public transport.

People are required to take a nucleic acid test each of the first three days after their arrival in Hunan and another test on the fifth day. If all negative, the code will become green after five days.

A yellow code will be assigned if a person doesn't take nucleic acid tests as required.

In most places in China, a three-color – green, yellow and red – health code system is used to show a person's COVID testing status and as an entry pass to public places.

Some cities, including Shanghai and Sanya, have added restrictions to people who arrive from other places within five days upon arrival as multiple regions are reporting COVID-19 outbreaks.