Police arrest 6 in actions directed against terror in UK 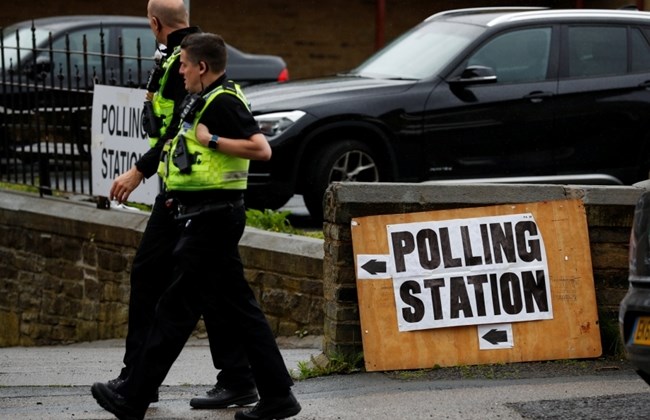 Police walk past a polling station in Bradford, Britain June 8, 2017.

Police have arrested six men in actions directed against terror in the UK as a tense nation begins voting in a national election.

The three, who were not connected to the weekend attack on London Bridge, are being questioned at a south London police station.

Police are hunting any possible accomplices in the attack in which three men mowed down pedestrians on London Bridge and then launched a knife rampage. Eight people were killed and dozens were injured.

Police shot and killed the attackers.