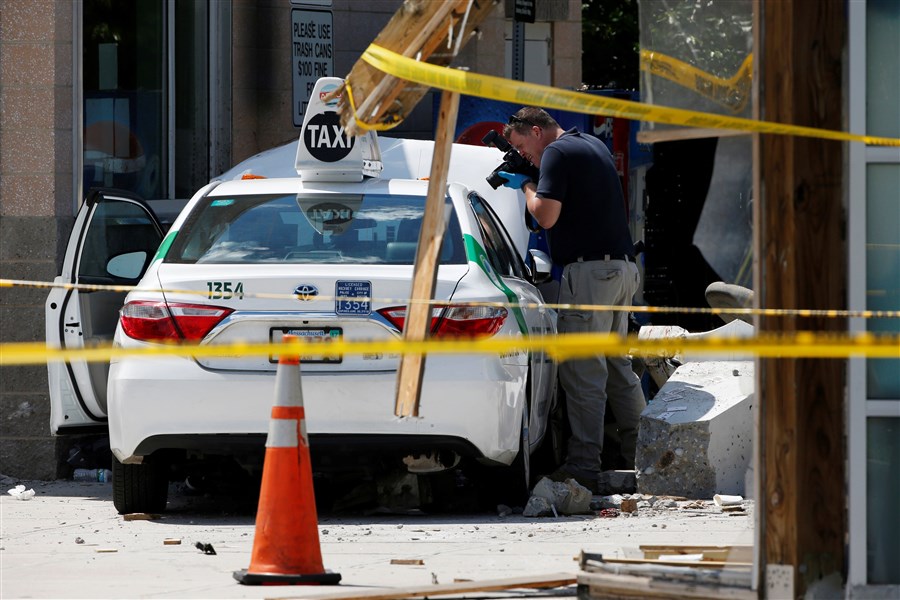 An official takes picture of the scene where police say a taxi driver struck a group of pedestrians, injuring several, Monday, July 3, 2017, in Boston.

A taxi driver plowed his car into a group of people outside Boston's international airport on Monday, injuring 10 people on the eve of the Independence Day holiday in the United States, police said.

The 56-year-old driver was being interviewed by officers but there was no initial indication that the crash was intentional, Massachusetts state police said.

The incident happened at 1:40pm (1740 GMT) at the cab pool at Logan International Airport. Ten people were taken to hospital with injuries of varying severity, police said.

"The cause of the crash remains under investigation," state police added.

US media reported that a taxi driver appeared to have lost control, hitting the gas pedal instead of the break.