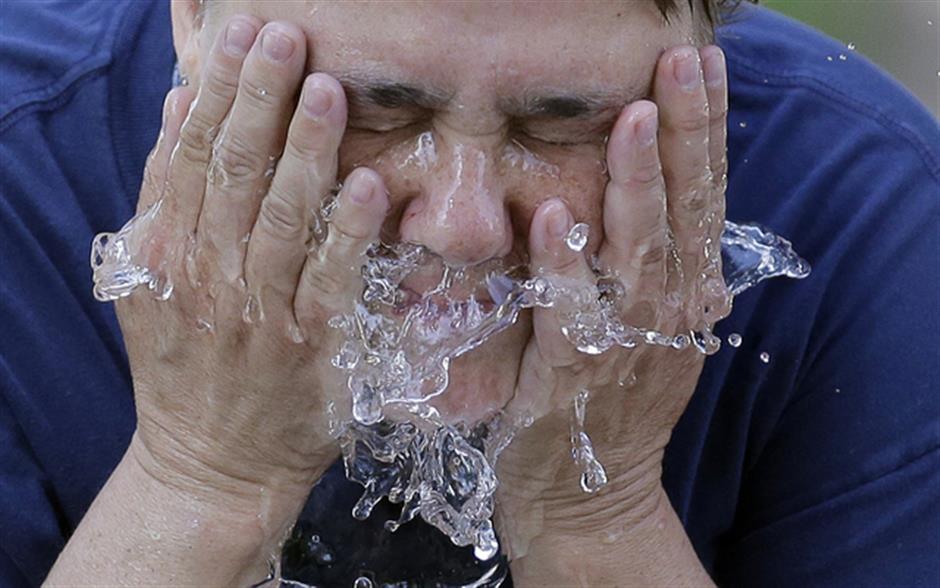 A man cools off at a water fountain Salt Lake City in June. American meteorologists calculate that the first half of 2017 has been the second-warmest on record for Earth, only behind last year.

The first half of 2017 was the second warmest on record for Earth, only behind last year.

Natural El Ninos spike global temperatures. But NOAA climate scientist Ahira Sanchez-Lugo says it is remarkable that 2017 without an El Nino so far beats all but the super El Nino year of 2016.

She says that's the world changing into an ever warming climate.

Record warmth was measured in much of Mexico, western Europe, eastern Russia, eastern Africa and eastern China. The U.S. had its second warmest start.

Globally, June was the third warmest on record. Records go back to 1880.