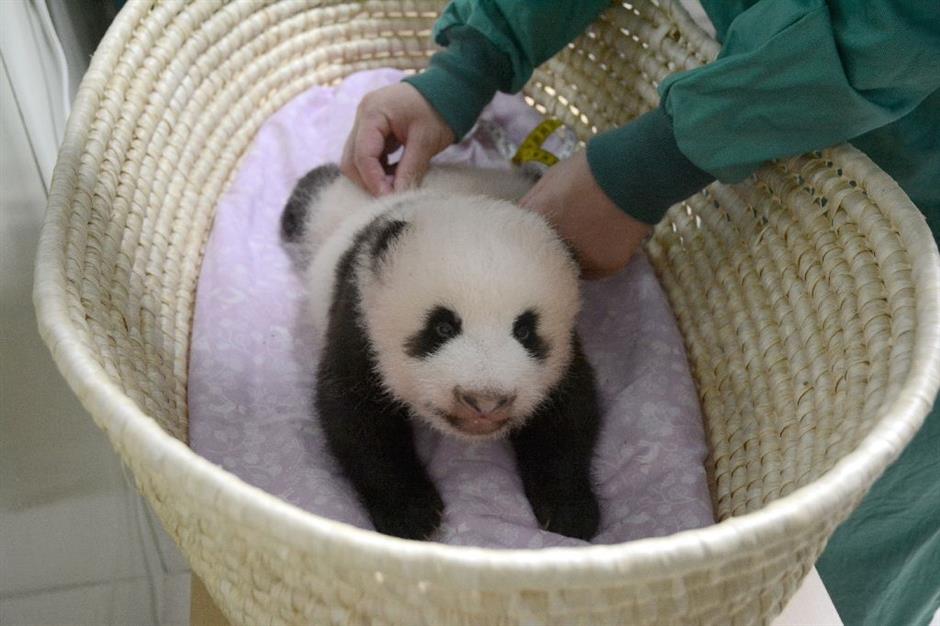 A two-month-old panda, the first cub born at Tokyo's Ueno zoo for five years, is growing well and has become "fluffy", the zoo said Monday as it released fresh video footage of the baby animal.

The footage showed the as-yet-unnamed cub being weighed and measured by keepers at the zoo, and napping, crawling and playing with her mother, Shin Shin.

"She will grow even cuter as more panda-like characteristics begin to emerge," Fukuda said.

The rare birth of the panda in June triggered a frenzy of media and public excitement in Japan, with businesses keen to cash in.

The zoo has invited the public to suggest names for the cub, and said it had received some 250,000 submissions. The panda's name will be announced in September.

The cub, which turned 60 days old on Friday, weighed 3,010.4 grams -- nearly three times heavier than a month before, according to the zoo.

She also measured 43.9 centimeters in length, up from 29.5 centimetres at 30 days, the zoo added.

In the video footage, the panda is shown crawling around, using her front paws to drag her body across the floor. It will take another month before she is able to support her body weight on all four paws, zoo officials said.

Although the panda's eyes are now open, she can so far only sense light and can't yet see objects, they said.

The panda's mother, Shin Shin, who mated with male Ri Ri in February, had given birth to another cub in 2012. It was the first panda birth at the zoo in 24 years -- but the baby died from pneumonia just six days later.