10 sailors missing, 5 injured in US destroyer's collision with merchant vessel 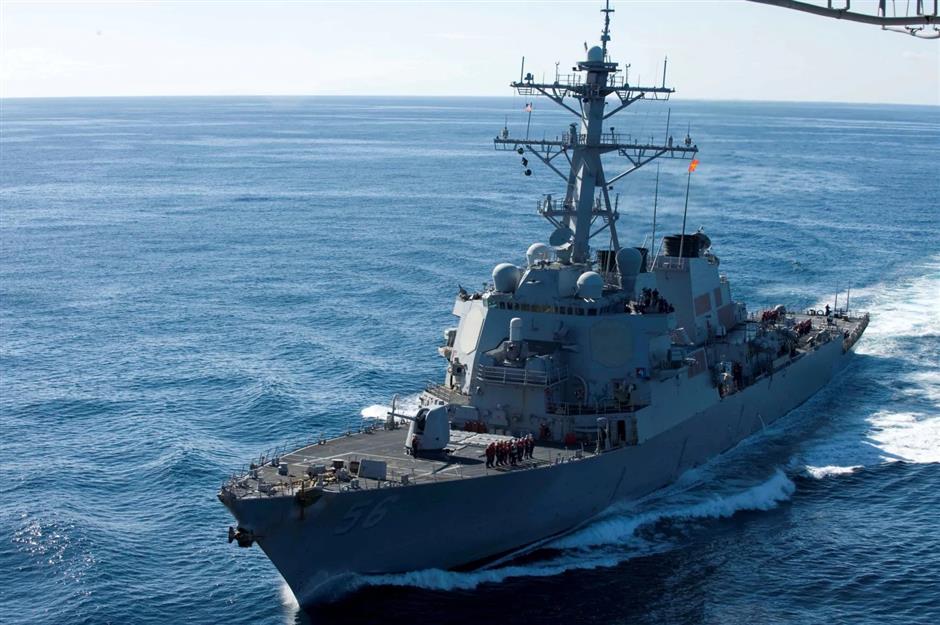 Ten sailors were missing and five others injured after the guided-missile destroyer USS John S. McCain collided with a merchant vessel in waters east of the Straits of Malacca and Singapore early on Monday, the US navy said in a statement.

According to the statement by US Navy's 7th Fleet, USS John S. McCain collided with a merchant vessel while underway east of the Straits of Malacca and Singapore at 6:24am local time (2224 GMT on Sunday), with initial reports saying the ship's port side aft sustained damage.

However, the damaged destroyer is still sailing toward the port under its own power, the statement said.

Search and rescue efforts are underway in coordination with local authorities, said the statement.

In addition to tug boats out of Singapore, the Republic of Singapore Navy ship RSS Gallant, RSN helicopters and Police Coast Guard vessel Basking Shark are currently in the area to render assistance, it added.

USS John S. McCain was the second US destroyer involved in a collision in the past two months. The USS Fitzgerald collided with a ship off the coast of Japan in mid-June, resulting in the deaths of seven U.S. sailors.