Norwegians vote in polls too tight to call 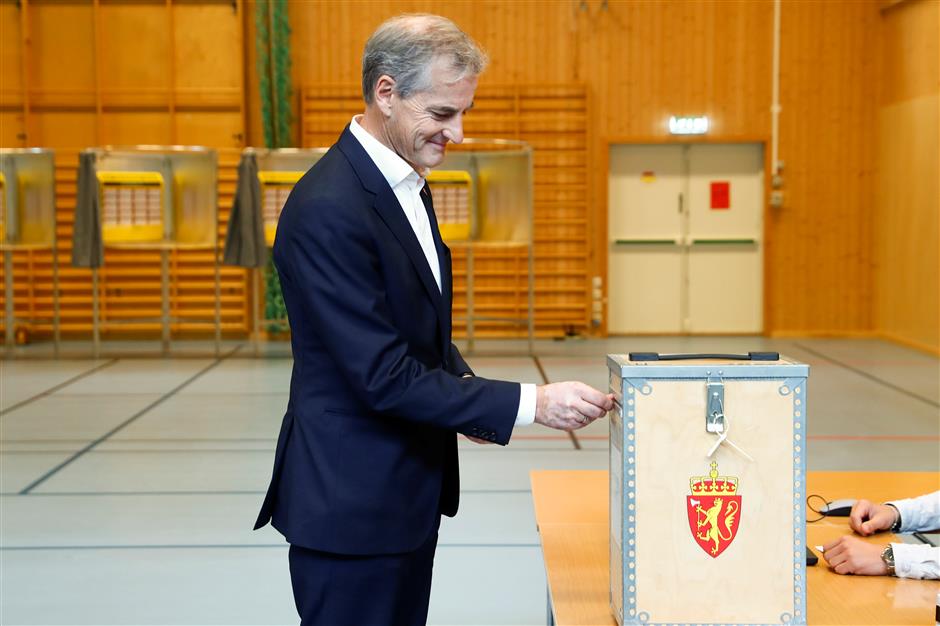 The outcome could also impact Norway’s vital oil industry because to form a government either Solberg or Gahr Stoere is likely to depend on one or more parties that seek to impose limits on exploration in Arctic waters off Norway’s northern coast.

For much of the year, Labor and its center-left allies were ahead in the polls and were favored to win a comfortable victory, but support for the government has risen as the economy has gradually recovered from a two-year slump.

Opinion polls in September on average have given Solberg’s four-party bloc 85 seats in the 169-member parliament, just enough for a majority, while Gahr Stoere and the center-left are expected to secure 84 seats.

The winner faces tricky post-election negotiations and will have to meet tough demands from small parties to keep their support over the next four years.

The independent Greens want to end all oil exploration, citing concerns over climate change and pollution, while other smaller parties also want to cap the award of new exploration areas in Arctic waters.