No beef about the quality of these cattle 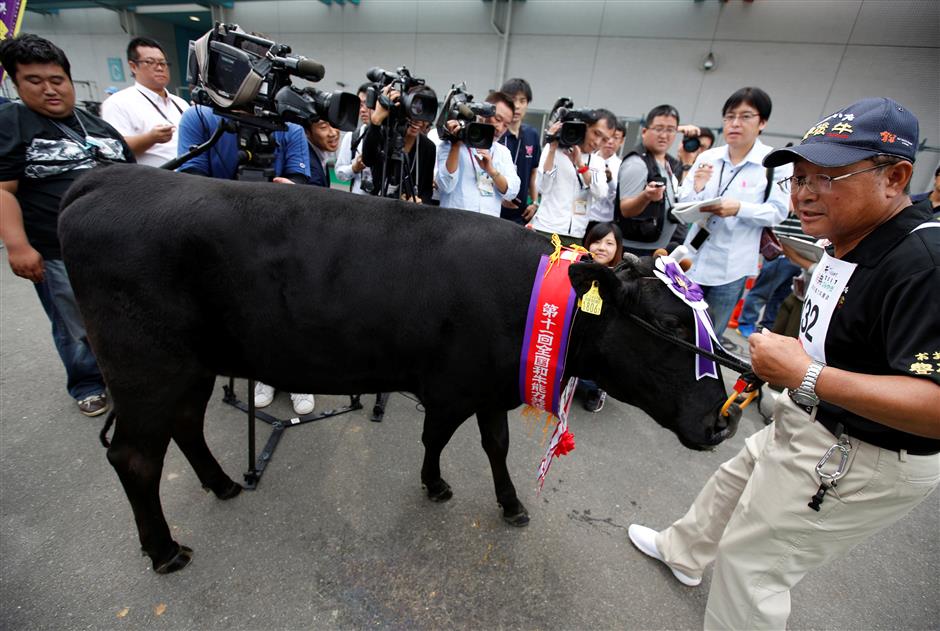 More than 500 cattle paraded through a ring in northern Japan in the “Wagyu Olympics” to win prizes and renown as the most fertile and mouth-watering examples of “wagyu” beef, increasingly popular among foodies around the world.

The six-day contest that ended in Miyagi prefecture today saw breeders of wagyu, prized by gourmet fans for its luscious marbling, compete for fame in categories such as best beef cattle, best bull and most fertile cow.

“I really can’t believe it, I’m so happy,” said 69-year-old Tadanao Sato, who claimed a trophy and bragging rights for nurturing Fumiayame, who won top prize for her beauty and high fertility.

Overseas demand for wagyu, which means “Japanese beef,” has soared since widespread import bans were lifted more than a decade after an outbreak of mad cow disease in 2001.

Though “seed cattle” winners at the five-yearly event, such as Fumiayame, go home to produce future generations of winners, the beef division winners are slaughtered the day after the judging and are promptly frozen and auctioned at the Olympics.